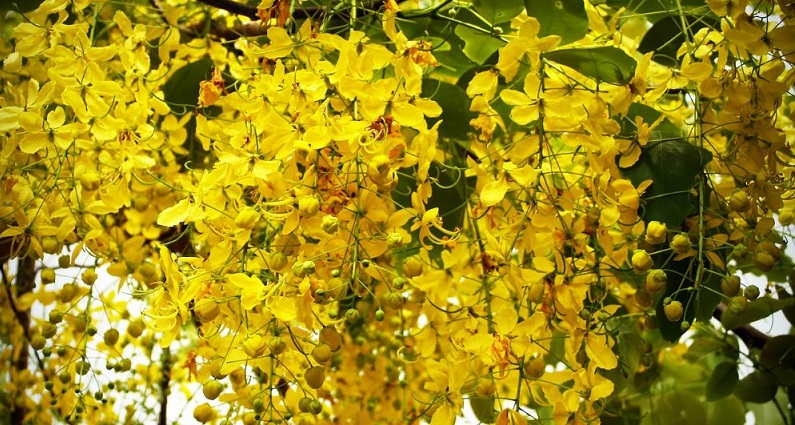 NEW DELHI April 15: Vishu will be celebrated across Kerala and nearby regions on April 15 this year. Vishu is the Hindu new year of Kerala which follows the solar cycle of the lunisolar as the first day of month called Medam.

The word Vishu, which means ‘equal’ in Sanskrit, ushers in spring equinox. On this day, devotees visit temples and offer their prayer to Lord Krishna, who is worshipped on this day.

People also visit Sabarimala Ayyappan Temple, Guruvayur Sree Krishna temple or the Kulathupuzha Sree BaalaShastha Temple to have a ‘Vishukkani Kazhcha’ (viewing) in the early hours of the day.

Political leaders and parties, along with the President, also started sending out new year greetings on social media.

Almost every Hindu home in Kerala wakes up to a surreal sight full of golden hues on Vishu, the beginning of the New Year.

Typically, the senior most woman in every household arranges the Vishukani on the night before the festival. Kani literally translates into ‘first sight’ — the lady of the house blindfolds every member of the family and leads them to witness the Vishukani. It is the perfect, auspicious beginning to the year; the Kani features ‘ashtamangalyam’, the eight essential elements that include a traditional Mundu, a religious text (typically The Bhagavad Gita) and a mirror.

The Vishukanni also features gold ornaments or a coin, traditional fruits and vegetables — generally served on a banana leaf. One of the other traditions of Vishu is the Vishukkaineetam, where the older members of the family gift younger members with money along with their blessings. Fireworks are usually reserved for Vishu in Kerala homes.