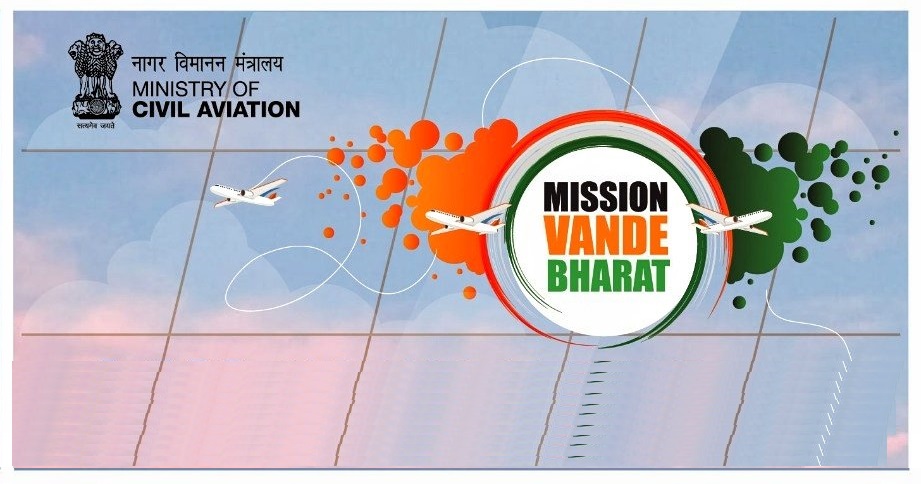 NEW DELHI Dec 21: India yesterday temporarily suspended flight services from the United Kingdom in the wake of the deadly strain of coronavirus disease (Covid-19) emerging there. The suspension will come into effect on December 22 and will remain in place till December 31.

“Considering the prevailing situation in the UK, Indian govt has decided that all flights originating from the UK to India shall be temporarily suspended till 11:59 pm, 31st December. This suspension to start w.e.f. 11.59 pm, 22nd December,” the civil aviation ministry said in a statement. 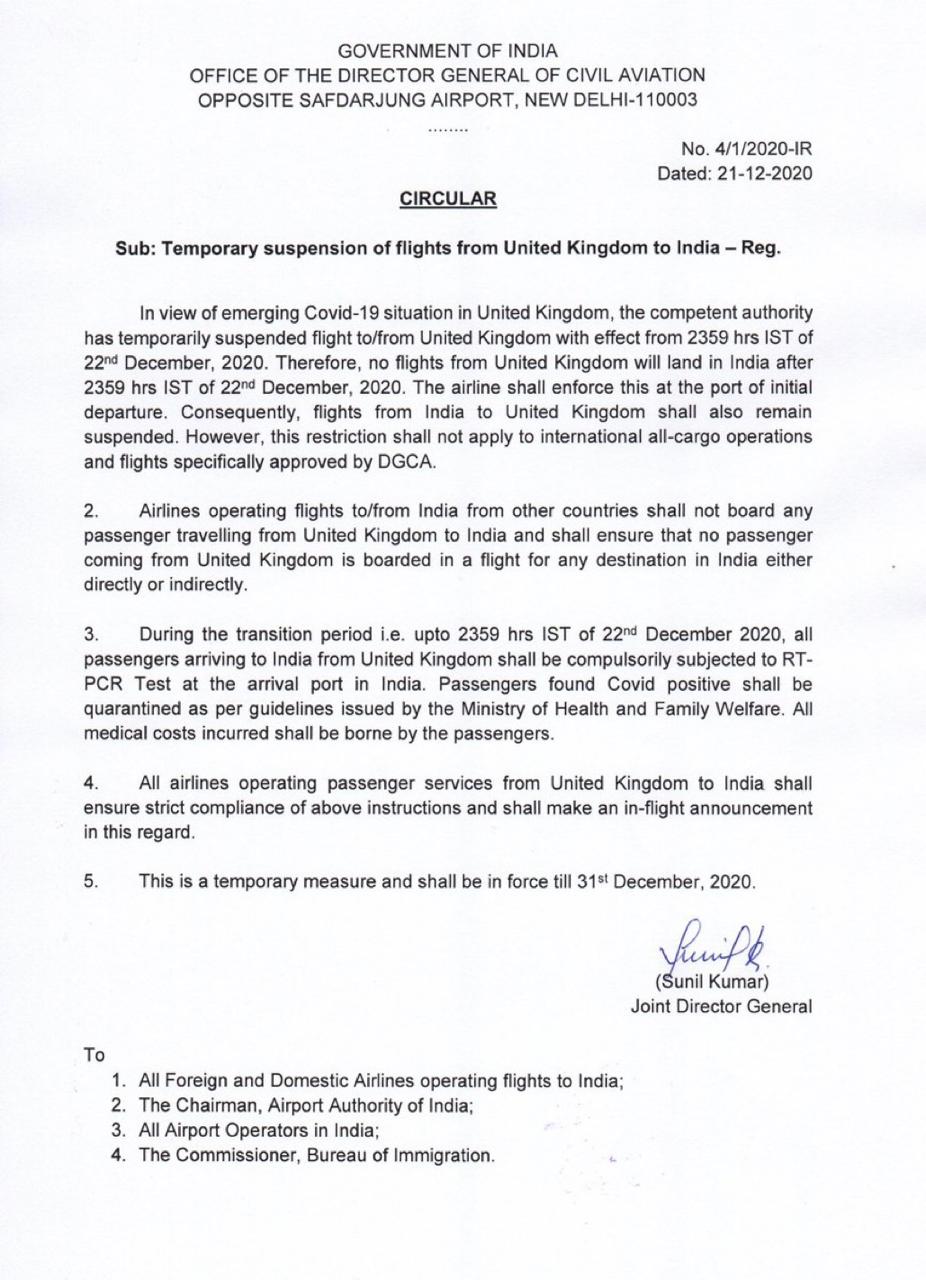 The ministry further said that as a measure of abundant precaution, passengers arriving from the UK in all transit flights (flights that have taken off or flights which are reaching India before 22nd Dec at 23.59 hrs) should be subject to mandatory RT-PCR test on arrival at the airports concerned.

The United Kingdom stood shut off from the rest of Europe on Monday after allies cut transport ties over fears of a new coronavirus strain.France, Germany, Italy, the Netherlands, Austria, Switzerland, Ireland, Belgium, Israel and Canada were among those that shut off travel ties after Prime Minister Boris Johnson warned that a highly infectious new strain of the virus was a danger to the country.

The pound fell more than 2 cents to $1.3279 and the FTSE 100 fell 2% at the open, with travel companies such as British Airways-owner IAG tumbling 15%. The yield on 2-year UK gilts hit a record low.

The new strain of the virus was first detected in September and has been shown to increase the spread of the disease in labs. So far, there is no evidence to suggest that it leads to more deaths.

Under an air bubble pact between two countries, special international passenger flights can be operated by their airlines into each other’s territories under restrictive conditions. Scheduled international flights have been suspended in India since March 23 due to the coronavirus pandemic. India currently has air bubble pacts with as many as 23 countries, including the US and the UK.

In a “measure of abundant precaution”, the press statement added, passengers arriving from Britain on transit flights would be subject to a mandatory RT-PCR test on arrival. Britain is home to a huge Indian diaspora and several flights per day take hundreds of people between London and New Delhi and London and Mumbai.

India has recorded more than 10 million coronavirus infections, the second-highest in the world after the United States, and 145,000 deaths. However, its rate of infections has come down sharply in recent weeks from almost 100,000 per day in September to around 25,000.This is despite restrictions being eased considerably and economic activity returning almost to pre-pandemic levels.

British Prime Minister Boris Johnson — who is due to visit India in late January for India’s Republic Day celebrations.

More than a dozen European nations have already banned flights and travellers from Britain, with more expected to take action.Health authorities in Britain’s former colony Hong Kong also said UK flights would be banned from Tuesday.