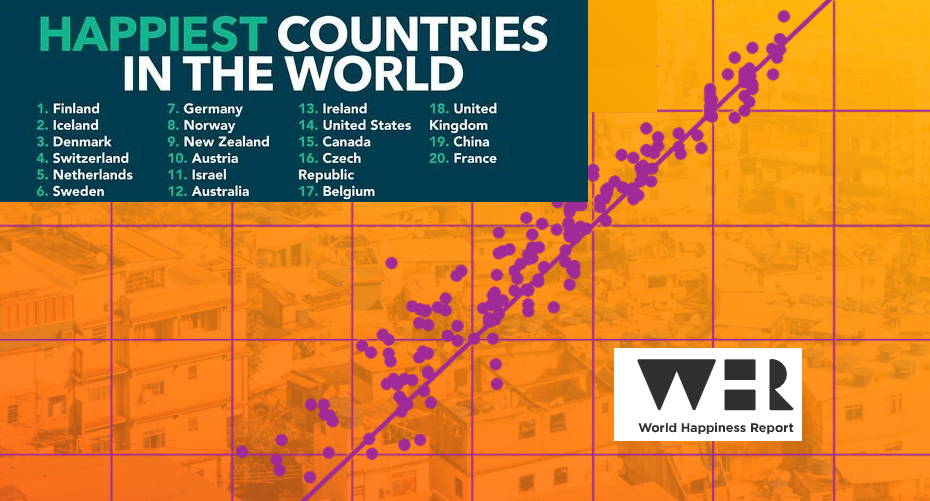 United Nations March 19: India has been ranked 139 out of 149 countries in the list of UN World Happiness Report 2021 released on Friday which is topped by Finland.

The World Happiness Report 2021, issued by the UN Sustainable Development Solutions Network, focuses on the effects of COVID-19 and how people all over the world have fared.

It ranks the world’s 149 countries on “how happy their citizens perceive themselves to be”.

“Our aim was two-fold, first to focus on the effects of COVID-19 on the structure and quality of people’s lives, and second to describe and evaluate how governments all over the world have dealt with the pandemic. In particular, we try to explain why some countries have done so much better than others,” it said in a statement.

However, it was bad news for the UK which plummeted six places in the happiness ranking, from 13 to 18.

Despite this, researchers found that UK emotions changed more than life satisfaction did throughout the year.

What’s more, while they noticeably hit a decline during lockdown, they were able to “recover faster” once the Government eased rules.

Mental health, in particular, has been a key factor in the UK’s ranking according to experts.

“There have been both in-person and telephone samples for India, with the in-person responses being lower than telephone responses, while significantly higher than in-person responses in 2019. Hence the reversal in 2020 of the longer term slide in Indian life evaluations was not attributable to mode effects,” it said.

Finland has been ranked as the happiest country in the world. The Nordic nation is followed by Iceland, Denmark, Switzerland, The Netherlands, Sweden, Germany and Norway.

Pakistan is on 105th, Bangladesh on 101st and China on 84th, according to the report.

The happiness study ranks the countries of the world on the basis of questions from the Gallup World Poll. The results are then correlated with other factors, including GDP and social security.

The United States ranks at 19th place for happiness, despite being one of the richest countries in the world. – PTI