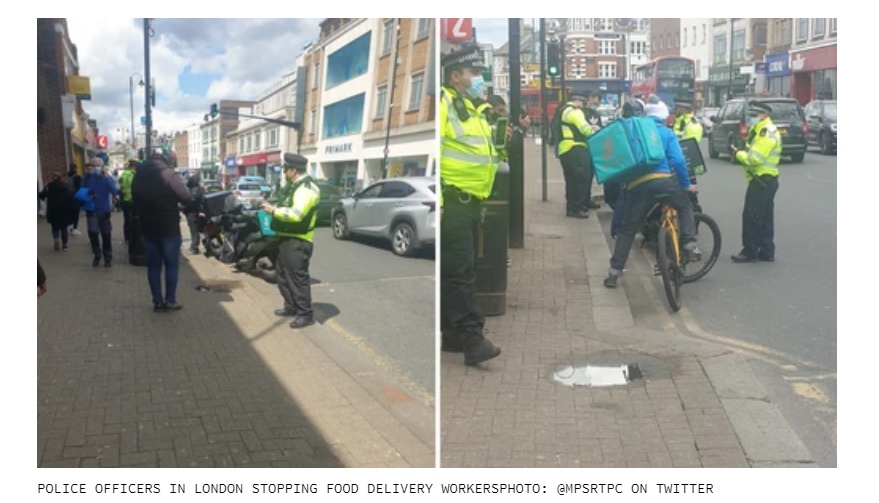 LONDON May 19: Following community concerns about dangerous and anti-social driving of mopeds, officers from the Met’s Roads and Transport Policing Command carried out a road safety policing operation in Tooting on Tuesday, 18 May.

Officers stopped a number of motorcycles to check driving licences, insurance documents and to ensure the roadworthiness of the vehicles. Where appropriate, advice regarding road safety was given.

The objective of the operation was in response to community concerns about the dangerous and anti-social driving of mopeds.

In addition to the immigration offences, two riders were reported for driving without a licence and one man was found to have a number plate which did not conform to regulations.

In 90 minutes 48 bikes were stopped. Two were seized for no insurance, three riders reported for offences, two arrests for immigration offences.

Following numerous complaints about fast food delivery riders we conducted an operation in #tooting this afternoon with immigration enforcement.
In 90 mins we stopped
48 bikes.
2 were seized for no insurance
3 riders reported for offences
2 x arrests for immigration offences pic.twitter.com/nOOBMlY1Xl

Many criticised the operation on Twitter, asking whether using officers to stop key workers was the best use of police resources.