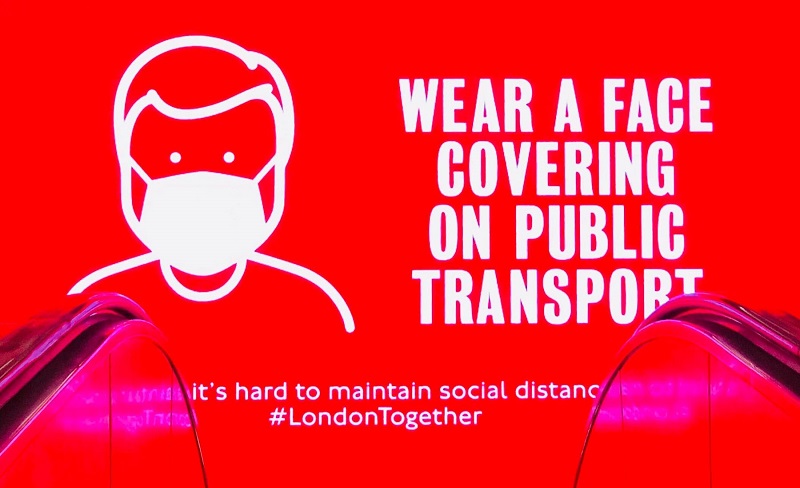 LONDON October 27: Almost 500 people have been fined in London for not wearing face coverings on public transport.

Passengers in Lambeth – which includes Waterloo Station – were the most common rulebreakers as 127 were caught between July and September.

Westminster was a distant second place with 83 Fixed Penalty Notices in the same time frame, while Croydon had 61.

People have been fined in nine boroughs, made up of Barking, Croydon, Hackney, Havering, Hounslow, Lambeth, Newham, Southwark and Westminster.

A freedom of information request by the BBC showed Lambeth, Westminster and Croydon made up 75 per cent of fines between July 9 and September 22.

TfL revealed nearly 500 Fixed Penalty Notices had been dished out across the city up to October 21.

And as many as 113,000 customers had been stopped from getting on public transport until they put on a face covering.

Londoners have had to wear a mask on the network since June 15 – with the rules enforced from July 9 – or be hit with a £100 fine.