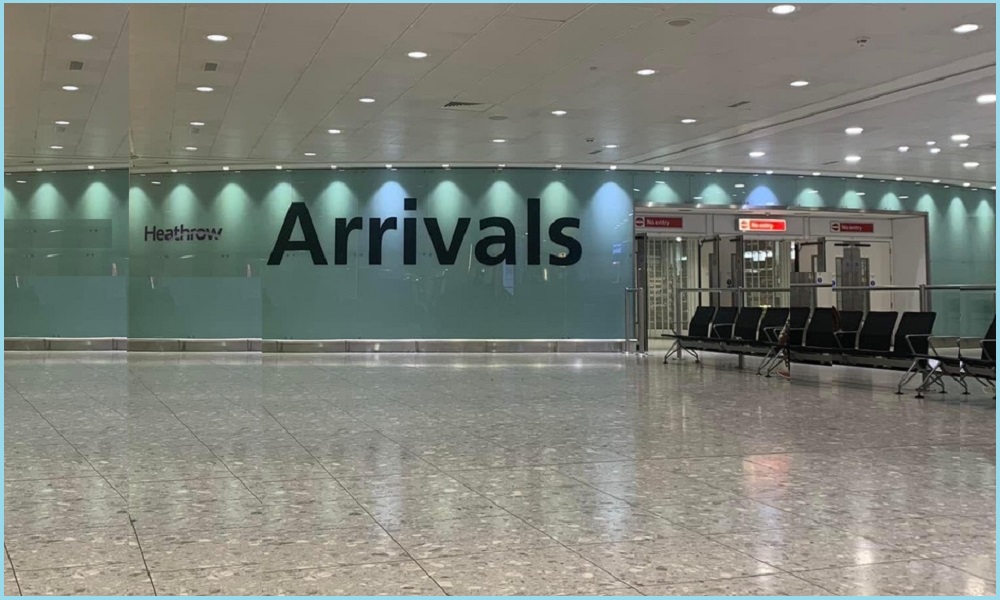 LONDON Aug 17: London’s Heathrow Airport has extended its ongoing flight restrictions and cap on passenger numbers until October 29, amid staff shortages and pressure on services at one of the world’s busiest airports.

In July, a daily cap on passengers travelling through the airport was set at 100,000 and was due to end on September 11. However, on Monday the airport announced that this would now remain in place until the end of October, hitting a particularly busy half-term school break period for families in the UK.

“After consulting with airlines, a daily limit of 100,000 departing passengers will now apply until October 29,” Heathrow said.

The UK’s largest airport said the cap would “provide passengers with confidence ahead of their half-term getaways”.

“Our primary concern is ensuring we give our passengers a reliable service when they travel,” said Ross Barker, Heathrow’s chief commercial officer.

“We want to remove the cap as soon as possible, but we can only do so when we are confident that everyone operating at the airport has the resources to deliver the service our passengers deserve,” he said.

Airline travellers across the UK have faced months of disruption along with lengthy waits at check-in, security and baggage collection as airports have struggled to cope with renewed high demand in the wake of the COVID-19 lockdowns.

During the pandemic, the aviation industry cut thousands of jobs as international travel ground to a halt but since then it has struggled to recruit and train new staff speedily.

Heathrow – one of the worst hit airports – claims that since the passenger limits were introduced in July, there have been fewer last-minute cancellations, more punctual flights and shorter wait times for bags. However, airlines feel airports should have been better prepared for the post-pandemic rush and a lack of ground handling crews is seen as a key problem in resuming normal services.

“We are disappointed that Heathrow Airport has already decided to extend the passenger capacity cap until the end of October, as additional resources come online every week and the airport experience improves,” a spokesperson for Virgin Atlantic said.

There is a chance of the cap being lifted sooner than October-end as Heathrow indicated that “improved resource levels are evident and the airport continues to see sustained operational improvements”. – PTI