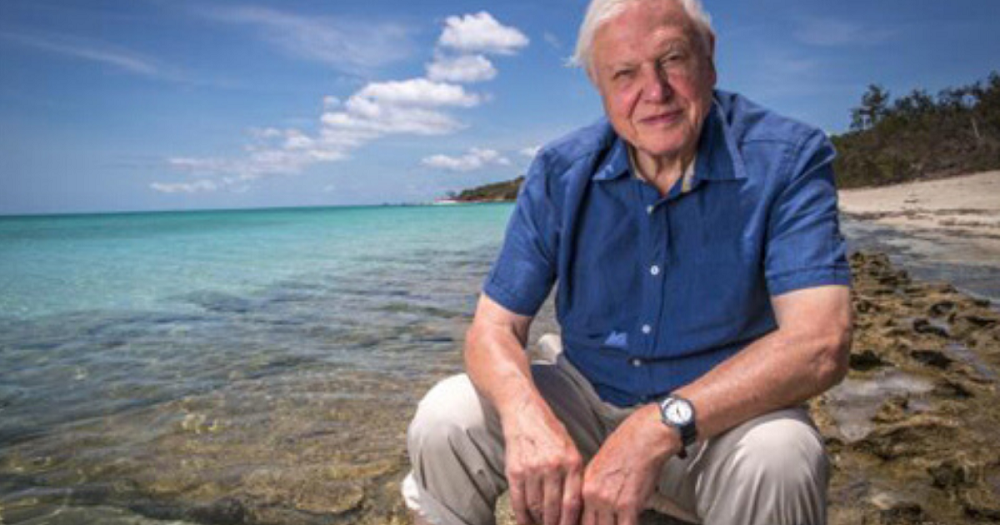 NEW DELHI Sept 8: Former Prime Minister Manmohan Singh on Monday conferred the Indira Gandhi Peace Prize on British broadcaster David Attenborough at a virtual event. Congress President Sonia Gandhi was also present during the online award function.
She described David Attenborough as one of Nature’s “most staunch conscience keepers” for over half a century. David is also the brother of actor Richard Attenborough.

“David is already well known to us all through his prodigious creativity in educating the humankind with brilliant films and books about the natural world. And he has, of late, been the most sensible voice warning us that we, more than anything else, are responsible for the accelerating threat to the environment on our planet,” Sonia Gandhi said in her speech.

“When environmental protection has become all the more imperative, when climate change and continued loss of bio-diversity is threatening livelihoods and public health, indeed life on earth, there could not have been a more appropriate choice for an award in her name than Sir David Attenborough,” she said.

Accepting the award for the year 2019, Attenborough said, “We have to change from being nationalists to being international”.

The Indira Gandhi Prize for Peace, Disarmament and Development was instituted in the memory of the former prime minister by a trust in her name in 1986. It consists of a monetary award of ₹ 25 lakh along with a citation.

The award is given to individuals or organisations who work towards ensuring international peace and development, ensuring that scientific discoveries are used to further the scope of freedom and better humanity, and creating new international economic order.

Sonia Gandhi said Indira Gandhi despite being born in a political family saw herself as a child of Nature, developing a special affinity for mountains, forests, birds and animals from an early age.

“As prime minister, she became an unwavering champion of environmental protection long before that cause had become popular both in India and abroad. While helping India accelerate the pace of investment and expand its economic infrastructure, she was very sensitive to the imperative of maintaining what she would often call ”ecological balance”.

Her political innings were a search for that balance and a journey of educating her colleagues and the people to preserve that balance.

“It is not a surprise, therefore, to find that the legal and institutional framework India now has for protecting its wonderful bio-diversity had been put in place during her tenure as Prime Minister. It bears her personal imprimatur,” the Congress chief said.

PromotedListen to the latest songs, only on JioSaavn.com

Describing David Attenborough as the world”s leading authority on the natural world, she said his passion has been inspiring and is also to reiterate what we all acknowledge.

“Age has not dimmed his zeal, neither has humanity’s willful disregard for what he says,” she said, adding that he has kept going relentlessly, educating, enlightening and sensitising millions of people. -PTI