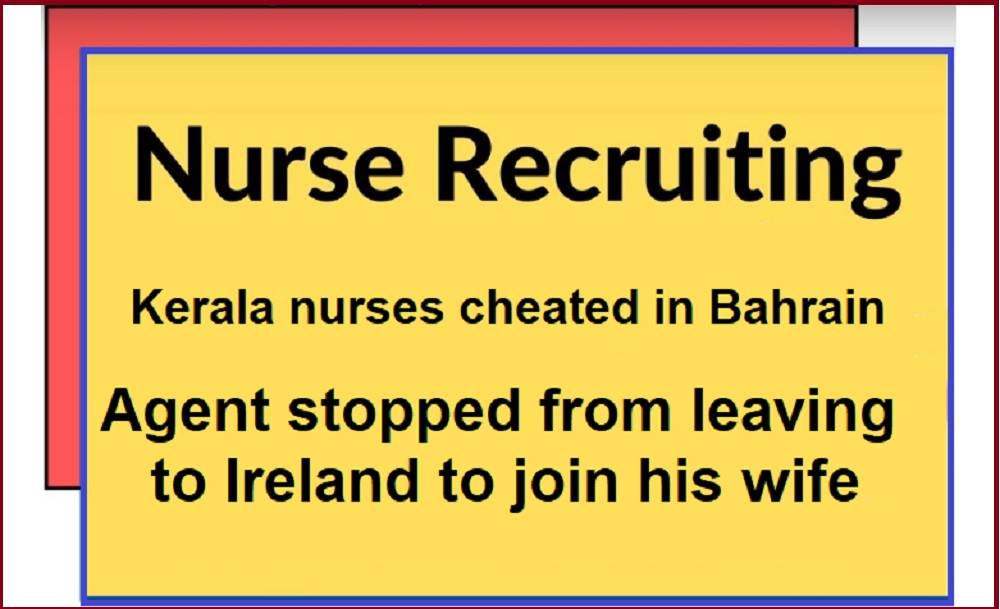 BAHRAIN April 11: Malayalees in Bahrain are trying to stop a fraud nursing recruitment agent from leaving the Kingdom. They fear that the recruitment agent who has duped several of them may leave to Ireland as his wife is settled in Ireland, News of Bahrain reported.

According to the report, the fraudster runs an institute in Bahrain which is registered in the name of his wife who resides in Ireland. The institute is said to have duped several nurses with promises of obtaining a job in Germany, says the report in News of Bahrain.

The cheated Malayalee nurses have filed complaints against the accused in Bahrain and with the government of Kerala.

With numerous vacancies for nurses have arisen in the West nursing recruitment agents are flocking to the Middle East to lure them with better pay.