New Delhi May 23: The Indian government has finally relaxed the blanket ban on entry of OCI cardholders, allowing some to return to India. Since March 22, India had stopped all incoming and outgoing international passenger flights as part of restrictions to stop the spread of COVID-19. However, visa-free travel facility granted to OCI cardholders was suspended earlier on March 13, which prevented many from travelling back to India before the start of the lockdown period.
When the Vande Bharat mission started on May 8, only stranded Indians were allowed to board the planes.
But, the Indian missions who were filtering out the passengers based on their “compelling” needs to return to India found that several who qualified backed out, as one or more in their immediate family were OCI holders who wouldn’t be allowed on the flights.
Nearly all Indian missions were flooded by queries and demands that OCI cardholders should be allowed to return, as their permanent residence was in the country.
On Friday, the Ministry of Home Affairs (MHA) issued a notification, listing the four categories of stranded OCI cardholders who will be allowed to return to India.
This means that they can avail the special repatriation flights which are being organised to bring back Indian nationals, since restrictions on international air travel have still not been removed by the Indian government.
These four categories are: 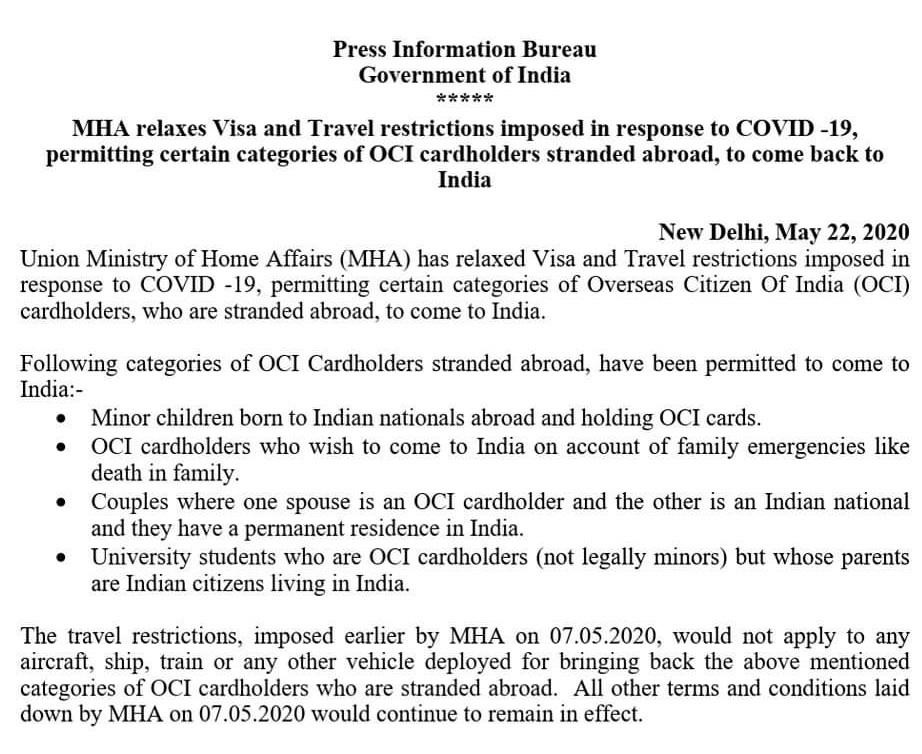 Minor children born to Indian nationals abroad and holding OCI cards. OCl cardholders who wish to come to India on account of family emergencies like death in family.
Couples where one spouse is an OCI cardholder and the other is an Indian national and they have a permanent residence in India.
University students who are OCI cardholders (not legally minors) but whose parents are Indian citizens living in lndia.
Like others, the OCI cardholders will also have to undergo mandatory quarantine for 14 days at the first port of arrival in India. 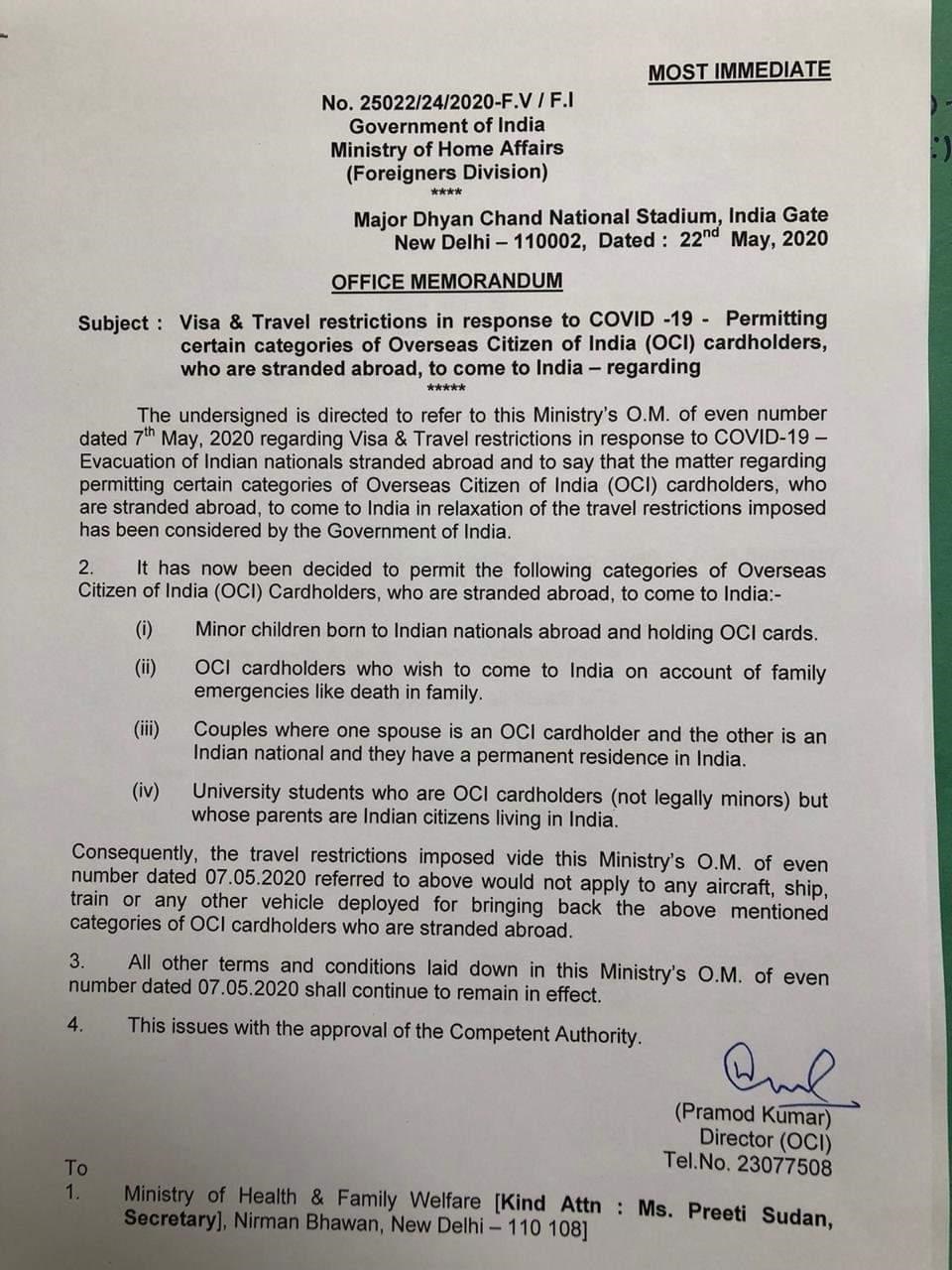 Another development in the Vande Bharat Mission is that all passengers, including from southern states, will be allowed in Delhi bound flights. So far, passengers were only allowed on repatriation flights which directly flew to their final domestic destination.
With the resumption of domestic flights from May 25, the MHA has allowed other passengers to also board the Delhi-bound flights, if seats are available.
However, before boarding the flight, they will have to give an undertaking to the Indian missions that they agree to pay for 14 days quarantine in one of the facilities in Delhi, Delhi NCR, Haryana, Bhiwadi or Chandigarh.
The selected passengers will have to pledge that they will not insist on going to their hometowns before completing their mandatory quarantine period.
After the quarantine, they can go ahead with their travel inside India, either by making their own arrangements or facilitated by the Resident Commissioner of the relevant state government. - PTI
Share

Thrissur native from Northampton passed away

Nurse and doctor gets married at the hospital they work