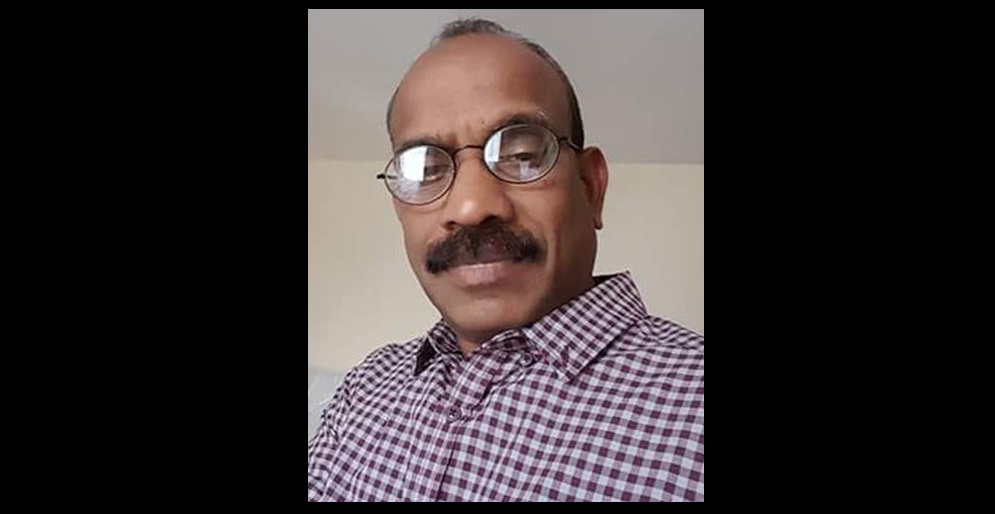 MAIDSTONE (Kent) Dec 29: Mohandas (65), residing in Maidstone in Kent and a native of Mayannur village in Talappilly of Thrissur district, passed away today at his residence, a community leader from Maidstone informed this website.

Mohandas of Mayannur Kunnancherry has been in the UK for the last 15 years. He leaves behind his wife and two children who are in Kerala.

It is learnt that the cause of death was heart attack.

He went to the hospital last week due to physical ailments but was released back as there were no other problems.

He felt some discomfort this morning and the ambulance was called but by then he had passed away.

Mohandas had been working in the domestic service at Maidstone Hospital.

Mohandas has been a favorite of the Maidstone Malayalees, who was active within the community and was Dasettan to dear and near ones.

Friends are deeply saddened by the untimely demise of their dear Dassettan, who was a regular presence in the Malayalee community and a great organizer.

Information about the funeral is not known. Friends said the decision would be announced later in consultation with relatives back home.