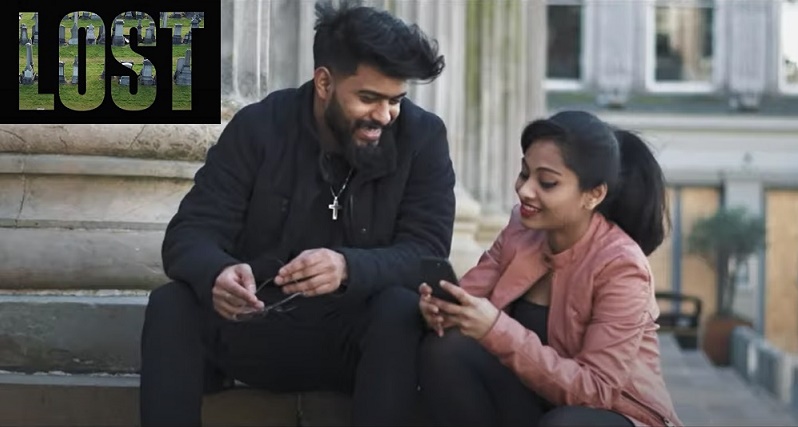 GLASGOW July 9: A group of Malayalee students from the Glasgow Caledonian University (GCU) teamed up during their time in lockdown to produce a three-minute film depicting a love story during a time of extraordinary circumstances.

The short film titled “Lost” tells the story of a young couple and their romantic journey throughout a time of extraordinary circumstances.

The group of students met through joining GCU Students’ Association societies and discovered a mutual passion for film and the arts.

Director of the short film Sreejith Suresh said:”Lost is an experimental project we did as a remembrance of our friendship during the pandemic that shook the whole world.

We consider this video a tribute to the millions among us who have lost their near and dear ones during this un-natural series of events. Making this video was a self-realisation of the talents and creativity hidden deep within us and no barriers could stop us from doing what we are passionate about.”

“As we have been passionate about the art of film making we also wished to create a video which scooped the beauty of the Glasgow city.

The spread of COVID was a big step down for us.The practice of self-isolation had become depressing and frustrating and the urge to do something exciting, flared the passion in us to restart this project”, he said.

The film premiered on YouTube by production house Goodwill Entertainments and received an abundance of positive feedback from the public.

Sreejith explained how the group were apprehensive about the audience’s reaction as this was a unique project none of them had worked on before.
He said: “We were both excited and anxious on the release of the video.

This is an experimental project for most of us, we were not really sure how the audience was going to accept it.

However, the viewers commented positively on both the technical and emotional elements of the video and now we have even been requested to create a sequel!”

Casting assistant Jithu expressed how proud he was of himself and the other students for doing something so creative with their time during the current crisis. He said: “I feel very proud of ourselves for being so productive during quarantine, rather than missing an opportunity.

Considering the fact that, this is the first time we all have been a part of short film project, we were very satisfied with the work we had showcased. I personally consider this as a milestone towards our bigger dreams.”