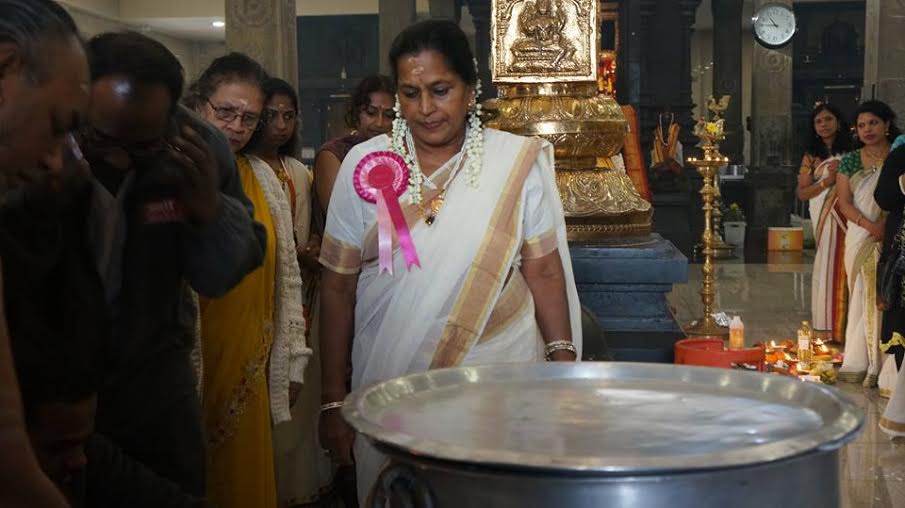 LONDON March 1: The Pongala Mahotsavam, the most important festival of Attukal Bhagavathy Temple, based in Thiruvananthapuram in Kerala will be celebrated in London at the Sri Murugan Temple in Manor Park, East Ham on Friday, March 2, 2018 from 9am.

The present inclement weather in the UK will not be a deterrent to the auspicious celebrations and will go according to plans, the organisers told this website. The present weather forecast shows that there is snowfall forecast in the morning at East Ham.

Several devotees are expected to arrive from various locations in Wales and other parts of the UK such as Birmingham, Cambridge, Surrey, Stevenage etc, to join this solemn occasion and get blessings from their Supreme Mother Attukalamma.

Thousands of women in Kerala will prepare ‘Pongala’ offering tomorrow 2nd March to the presiding deity of Attukal Bhagavathy temple in Trivandrum, one of the world’s largest all-women religious gatherings.

The ritual was recorded in the Guinness Book of World Records in 2009 for being the largest religious gathering of women on a single day when 2.5 million took part in the celebration.