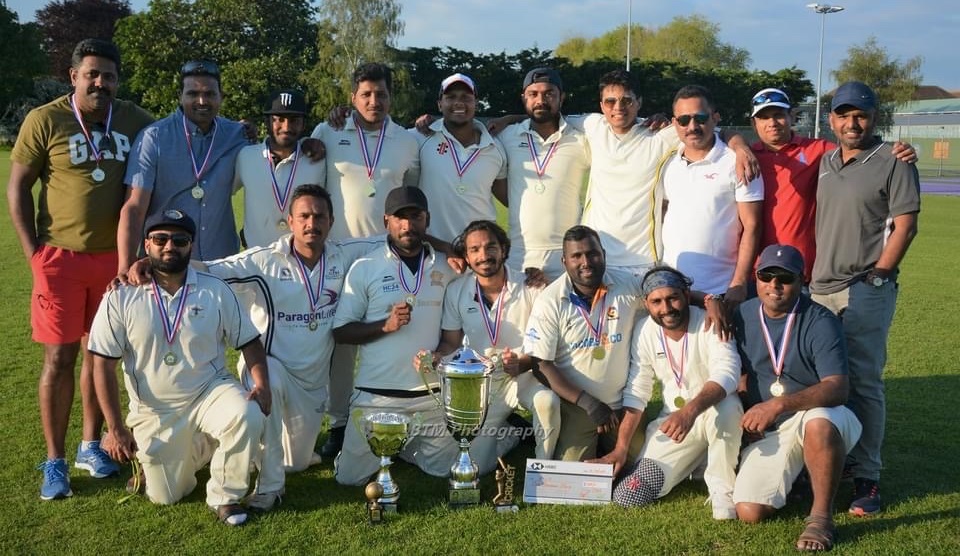 Eight teams from the UK participated in the tournament

The finals were played with 12 overs each for a team. Portsmouth scored 95 runs and Gloucester batting second fell short of 12 runs and ended runners up.

Runners up received trophy and cash prize of £500.