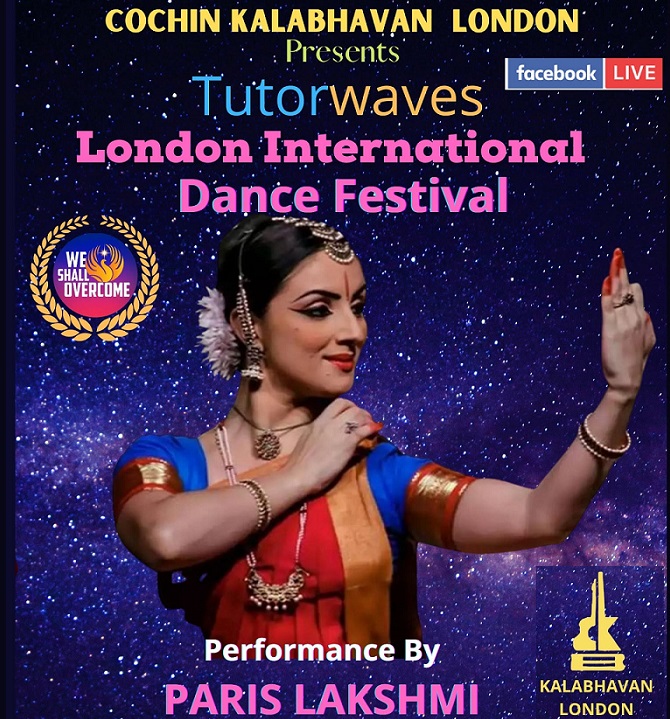 On Sunday afternoon, December 27, the seventh week of the International Dance Festival, guests will arrive at 3pm UK time (8:30 pm Indian time) for a couple of internationally acclaimed dance troupes.

This week’s special guest will be Paris Lakshmi, noted actress and dancer who became the daughter-in-law of Malayalam and her husband Pallippuram Sunil, the famous Kathakali artist.

The couple will perform ‘Krishnamayam’, a fusion dance where Kathakali merges with Bharatanatyam through the couple merging the dance form to strengthen the bond between France and Kerala.

Lakshmi appears in the role of Radha in Krishnanayisunil. The show has been presented in many venues around the world.

Leading online tuition company Tutor Waves, one of the main sponsors of the London Dance Festival, had hosted ‘Krishnamayam’ in Bath as part of its UK launch event. It included various parts of Kathakali and some works used in Bharatanatyam. While Sunil came on stage as Krishna in the role of Kathakali; Lakshmi played different roles like Radha, Kuchelan, Panchali, Gopikamar and Arjunan.

Malayalees came to know Lakshmi as the character of a foreign girl, a dancer who becomes Kuttan’s wife, played by Nivin Pauly in “Bangalore Days”.

Lakshmi is also a teacher who trains more than 100 children in dance through the Vaikom-based institute ‘Kalashakthi’ while participating in popular programs on various channels and other channels. She also teaches European ballet dance to children in Ernakulam.

When the couple arrives with a fusion dance form that combines storytelling and Bharatanatyam with eight classical dances recognized by the Indian Academy of Music and Dance Drama, the step towards the New Year of the International Dance Festival will be spectacular.

We Shall Overcome team member and dancer Chitra Lakshmi, a well-known dancer, choreographer will be the guest from UK. Chithralakshmi, a native of Ottapalam, is the wife of famous Malayalam film star Shankar. Chithralakshmi is a noted choreographer for many major events in India and the UK. 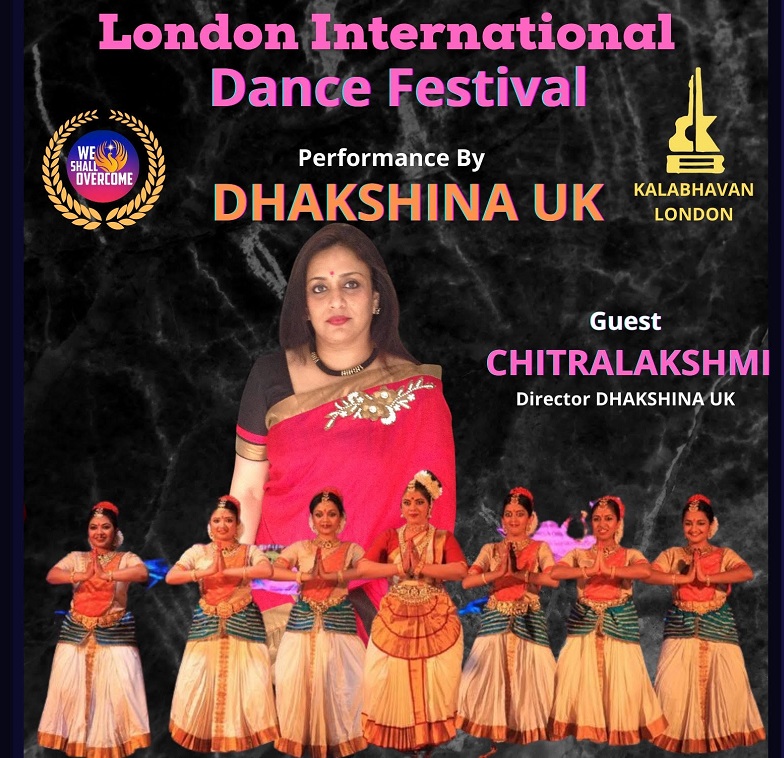 Chithralakshmi is well known in Indian classical dance, she has trained hundreds of students in London and many other cities in the UK, focusing on Bharatanatyam and Mohiniyattam.She made her debut at the age of eight and studied dance under Kalamandalam Udayabhanu and Kalamandalam Ali Rana.

Chithralakshmi was also the lead dance teacher at Croydon ‘Sangeetha of UK’, a leading Malayalee arts center in London. Chithralakshmi’s ‘Kerala Natanam’ was one of the highlights of the Diwali celebrations organized by the Mayor of London in Trafalgar Square a few years ago. Chithralakshmi’s ‘Dakshina UK’ dance school talents will be joining the UK Talents category at the International Dance Festival this week.

Deepa Nair from the UK is the coordinator of this international dance festival for Kalabhavan London.