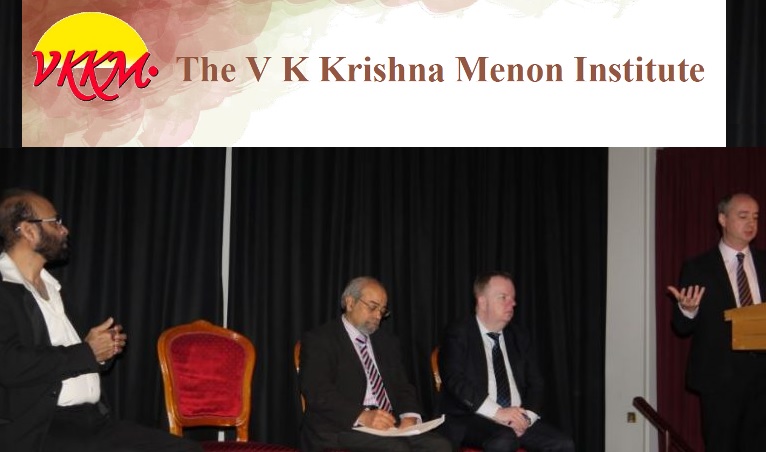 File picture from a previous event

The VK Krishna Menon institute based in London, is headed by Dr Cyriac Maprayil.

After India gained independence in 1947, VK Krishna Menon was appointed the first high commissioner to the United Kingdom, a post in which he remained until 1952. Krishna Menon was an Indian nationalist, diplomat, and politician, described by some as the second most powerful man in India, after his ally, 1st Prime Minister of India Jawaharlal Nehru.

The online meeting will be held on Zoom platform.

Noted for his eloquence, brilliance, and forceful, highly abrasive persona, Menon inspired widespread adulation and fervent detraction in both India and the West; to his supporters, he was an unapologetic champion of India in the face of Western imperialism, who famously “taught the white man his place”; to his Western detractors, “Nehru’s evil genius”.

Such is the adulation he has been bestowed that every year talks and debates are held during his birth anniversary on May 3.

Dr Cyriac Maprayil is the executive director of the VK Krishna Menon Institute. He is a journalist, historian and academic and a human rights campaigner. He was the director of the East London Human Rights Commission and prior to that the director of Race Equality Council in Tower Hamlets council for over a decade.

He is the author of several highly acclaimed books, the best known of which are Nehru and the Commonwealth, The Crisis of India: The Way Forward and The Agony of India.