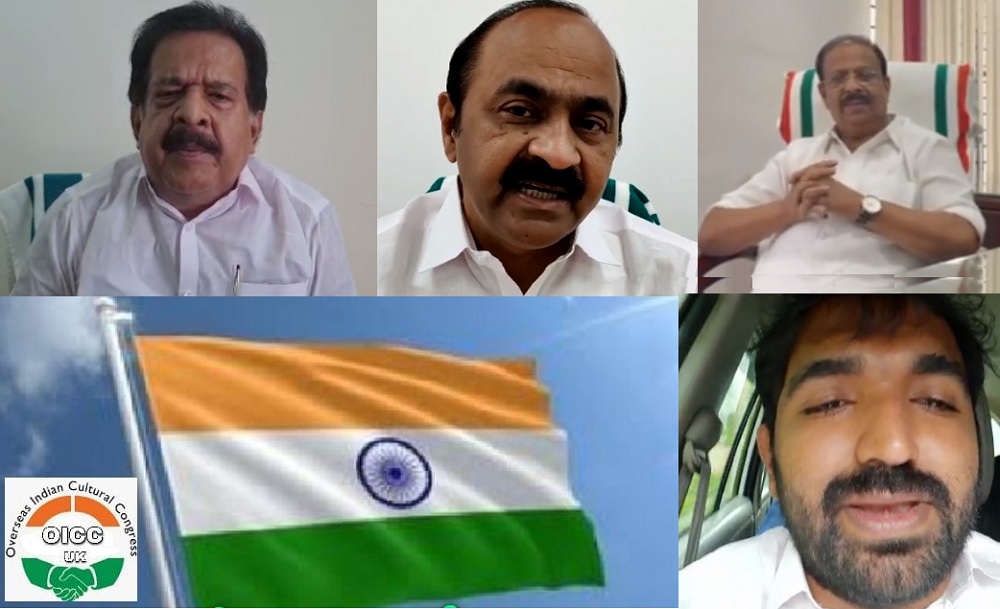 LONDON Aug 17: Overseas Indian Cultural Congress (OICC) UK celebrated India’s 75th Indian Independence Day on August 15 in front of the statue of Mahatma Gandhi in Parliament Square, Westminster, London from 9.30am to 10.30am.

The event was presided over by OICC UK Vice President KK Mohandas.

The program started with the singing of Vande Mataram followed by a colourful celebration.

This occasion was used to honour those working in the healthcare sector in the UK who have had the opportunity to care for patients during the Covid epidemic.

This opportunity was used to commemorate those who were martyred for India in the freedom struggle led by Mahatma Gandhi.

Refreshments will be provided.

Time: The time allotted for the program is 9.30am to 10.30am. Those who intend to attend are request to attend during this time without fail

Independence Day is celebrated annually on 15 August as a national holiday in India commemorating the nation’s independence from the United Kingdom on 15 August 1947, the day when the provisions of the 1947 Indian Independence Act, which transferred legislative sovereignty to the Indian Constituent Assembly, came into effect.