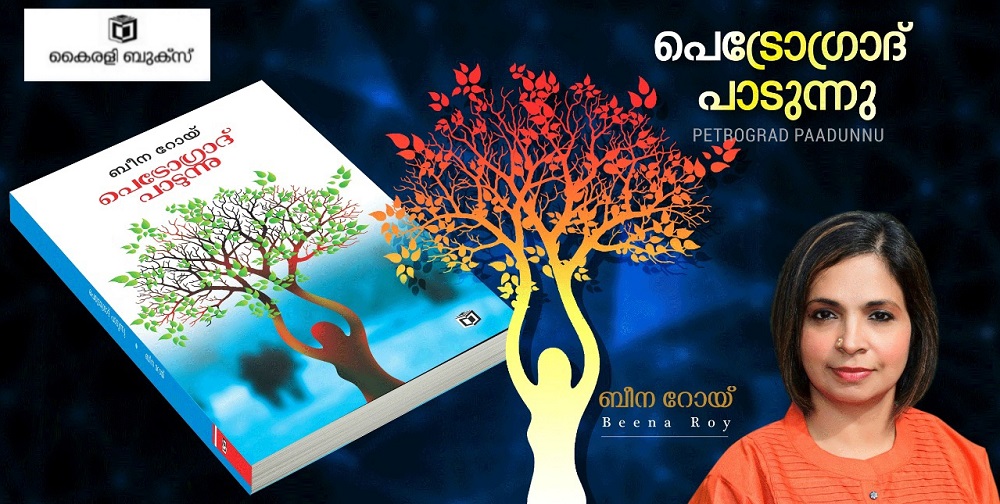 This collection contains an anthology of sixty poems.

Kairali Books, who hold Malayalam literature in high esteem, is the publisher of this collection of poems.

Lyricist and poet PK Gopi has described Beena Roy’s poems in the introduction to this collection as “Poems that evoke the creativity of humanity”.

The poetess has an excellent writing style and is the author of ten songs for two music albums which were well received by the literary fraternity in the UK and Europe. ‘Brindavani’ was released in 2018 and the second album ‘Indeevaram’ was released in 2020. The songs in ‘Indeevaram’ are sung by Vijay Yesudas and Roy Sebastian.

The collection of poems Petrograd Paadunnu can be purchased from Kairali Books.