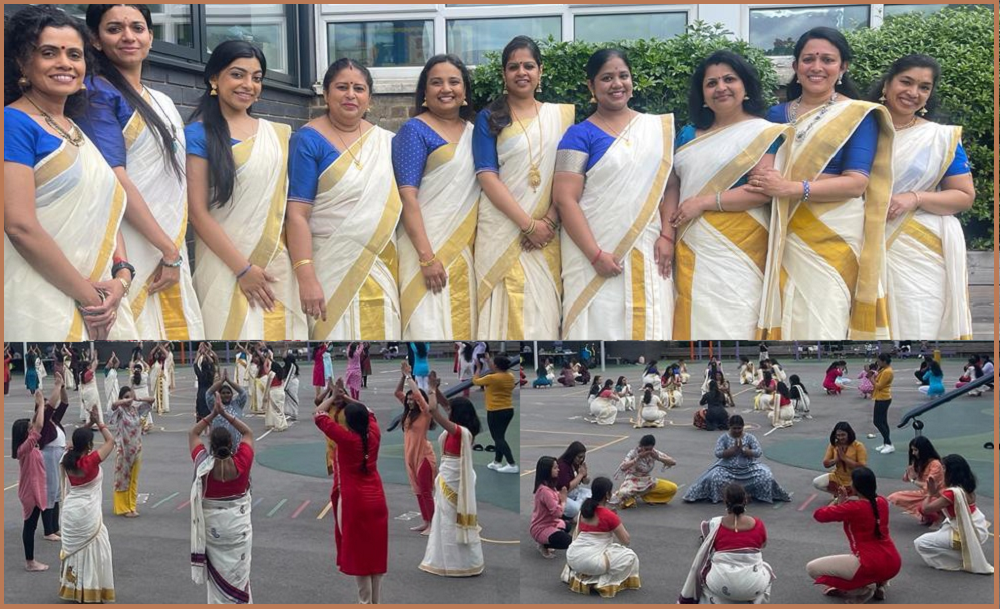 LONDON May 31: The UK is celebrating the Platinum Jubilee of Her Majesty, The Queen Elizabeth II, from 02 to 05 June 2022. With the support of the London Borough of Newham and the National Lottery Awards for All, MAUK is celebrating this momentous occasion on a grand scale. MAUK’s ‘The Platinum Mela’ is on Friday, 3 June 2022, at Flanders Playing Field in East London from 2 pm to 8pm.

Her Majesty Queen Elizabeth II has been on the throne for 70 years, longer than any other King or Queen in Britain’s history. This year celebrations are taking place to mark those 70 years, in what is known as the Queen’s Platinum Jubilee. To mark this 70 years, there are 70 ladies who are eagerly preparing for a spectacular traditional Thiruvathira dance performance.

Thiruvathirakali is a unique dance performed in Kerala, India on the auspicious day of Thiruvathira. The sinuous movements executed by the group of dancers around a nilavilakku (traditional Kerala oil lamp) embody lasya or the amorous charm and grace of the feminine. The dance follows a circular, pirouetting pattern accompanied by clapping of the hands and singing. Today, Thiruvathirakali has become a popular dance form for all seasons.

As part of The Platinum Mela, seven groups of talented ten will gracefully dance around a ‘nillavillakku’ wearing a gold and royal purple bordered Kerala ‘Mundu’ and ‘Neriyathu’ (a traditional Kerala attire for ladies). All groups will move in a circular pattern, rhythmically clapping around a grand Platinum logo centrepiece.

Women dancers from across the UK including Sheffield, Nottingham, Bristol, Liverpool, Croydon will take part in the Grand Thiruvathira. The women are rehearsing and learning the routine practising via videos, zoom and face-to-face sessions with some even meeting weekly at parks.

The grand thirvathira group of 70 dancers met for a joint rehearsal on 28th May 2022 coordinated by Jasline Shimmy Antony and Shola Delip.

The choreograph of the dance is done by Jasline Shimmy Antony, disciple of Smt. Pushkala Gopal & Sri. Unnikrishnan.

MAUK runs fortnightly online Thiruvathira classes led by Deepa Sajeev, who is based in Kerala. To sign up please call +44 7931 207834 or visit MAUK.org/thiruvathira