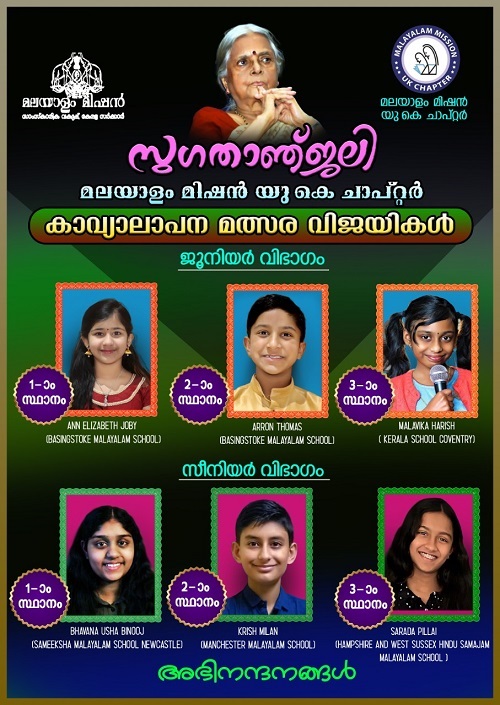 The competition was hosted under the responsibility of President of the UK Chapter of the Sugathanjali Poetry Competition CA Joseph, Secretary Abraham Kurian, Regional Coordinators Basil John, Ashiq Mohammad, Janesh Nair, Jayaprakash SS, Renchu ​​Pillai, Jimmy Joseph and the teachers and parents who coached the children.

The judges said that all the children who participated in the competition were of high standard and although they were children living in the UK. Sugathakumari Teacher’s Malayalam poems were sung fluently.

The Malayalam Mission Director congratulated the winners and participants of the Sugathanjali Inter-Chapter Poetry Competition and specially congratulated the organizers and all the Chapter Officers for announcing the results of the competition within the stipulated time.