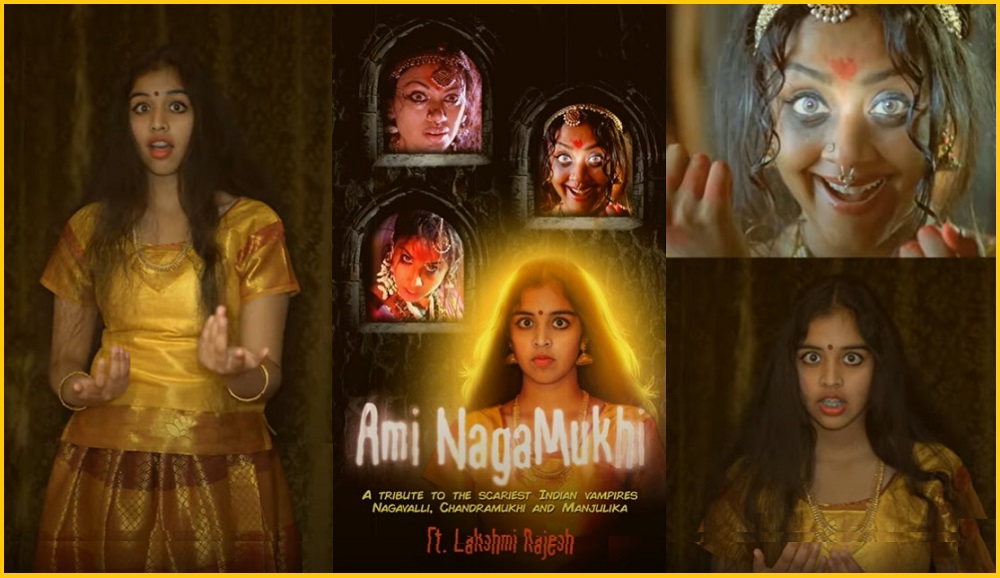 LONDON Nov 2: Here is a music video song titled Ami NagaMukhi from noted upcoming singer Lakshmi Rajesh from Croydon. The song features the voices of the three famed characters from the film Manichitrathazhu which was dubbed in Tamil as Chandramukhi and in Hindi as Bhool Bhulaiyaa.

Nagamukhi, the voice behind the three scariest vampires from India: Nagavalli, Chandramukhi and Manjulika! She is determined to take the avtar again for Halloween . Nagamukhi will lure you with her voice to quench her thirst for blood. Take care!