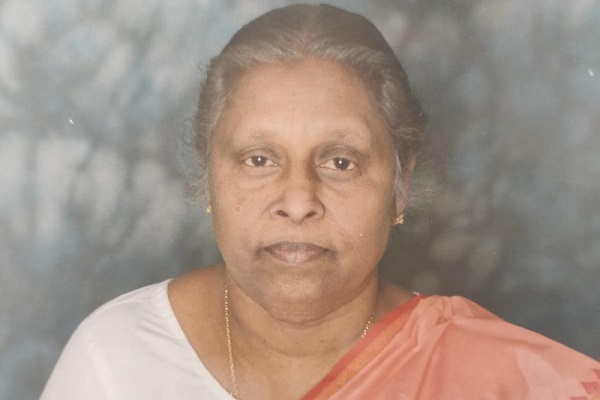 LONDON July 13: Former Councillor Jose Alexander’s Mother’s (Thresiamma Alexander) funeral will be held at Sacred Heart Church, Kackottumoola at 3pm Sunday 21st July 2019.
“Family and friends will be able to view our mother at her home, Kuzhivila House, from 8am.

“A sincere thank you and appreciation to everyone who has visited our home in London, sent us flowers and shared their love for our Mother”.

Thresiamma moved to Croydon in the UK in October 1975 and then moved to East Ham in 1983. She also spent some time in Kerala during that period. Thresiamma lived at 8 Heigham Road in East Ham.

To pay your respects contact Jose Alexander on josealex131@hotmail.com