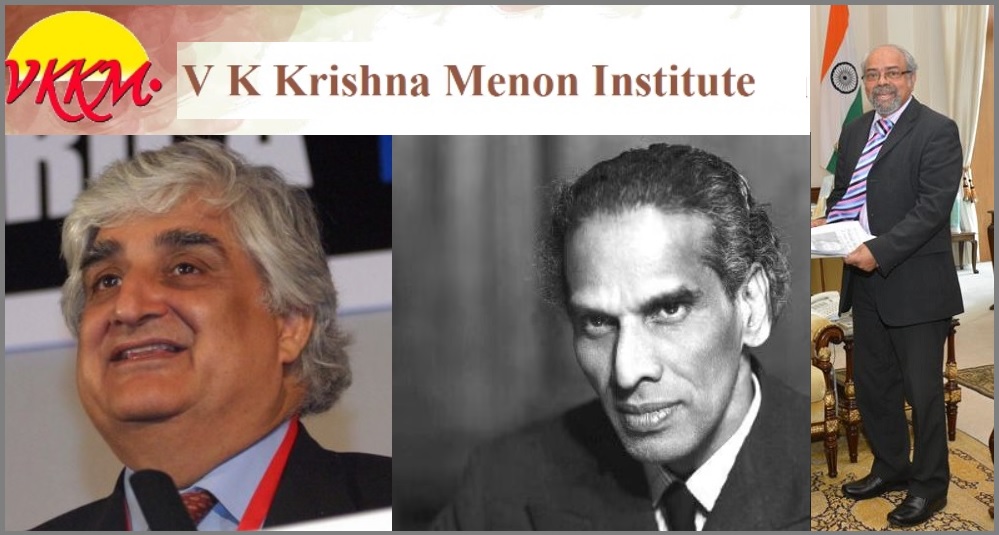 LONDON May 15: The 125th birth anniversary of V K Krishna Menon, former defence minister of India, was celebrated in London with speakers recalling his contributions to India’s independence, particularly “fighting the Lion in its own den.”

In his opening address, Dr Cyriac Maprayil, director of the V K Krishna Menon Institute, said: “People of Indian origin and friends of India try to remind themselves of the sacrifices made by leaders like Gandhiji, Sardar Patel, Pandit Jawaharlal Nehru, Subash Chandra Bose and Dr B R Ambedkar but “we forget the indispensable and crucial role played by Krishna Menon on the final stage of India’s independence movement.”.

Dr Maprayil said that Menon made lasting and memorable contributions. Menon came to London to study. After his studies he stayed on in London. He entered local politics and was in 1934 elected as a borough councillor in the London Borough of St Pancras. He worked selflessly and tirelessly for the welfare of those in the borough. He became chairman of the library committee in 1945 and set up a travelling library to take books to the residents who could not find time to travel to the library. Later he set up paperback publications to make books available for students at affordable price.

Dr Maprayil said though Menon was living in London he did not forget his people back in India. “Side by side with his other activities he was campaigning for India’s independence using various platforms including the Labour party, India league and trade union movement.

He said: “Menon fought the lion in its own den singlehandedly carrying out the Indian war for liberation right in the heart of the enemy territory. He established the India League as an integral part of Indian national struggle and persuaded well known intellectuals like philosopher Bertrand Russell to be its chairman.”

Dr Maprayil said Menon’s work among the people of Britain as well as within the Labour party prepared Britain and the Labour government to part with power when, of course it became almost inevitable after the second World War.

Sir Peter Lloyd, former Minister, said in his keynote speech that Menon was India’s most brilliant and successful diplomat ever. He said: “Menon is best remembered as the leading exponent of non- alignment. Indeed Menon is credited with coining the term Non-alignment in his 1952 speech at the UN where he had become India’s chief representative. For this initiative, unlike his army reforms, the timing and the opportunity were exactly right for a world divided into two camps -communist Russia and its satellites and the West lead by the US. It was a stalemate in which small countries had the choice of joining one camp or the other and accepting its leader or remaining separately marginalised and unremarked.”

India’s initiative in forming a non-aligned co-operative of newly independent countries, like India itself provided a forum in which they could assert to themselves….It did not much affect the course of the cold war, of course, but it did help to give many colonies and dependencies a sense of autonomy with a real chance of their voices being heard in the capitals of the competing blocs and the energising realisation that they could be players not just clients. Most significantly, the collective moral strength of the Non aligned countries helped to give Menon, as India’s representative at the UN, vital support when he used his energy, quickness of mind and self confidence to step in to the tortuous negotiations which eventually brought the wars in Korea and Indo-China to a successful conclusion, Peter Lloyd said.

Dr Mohan Kaul, founder President, Indian Partnership Forum UK in his speech remembered the contributions of Menon as a Minister and renowned diplomat. Krishna Menon was against nuclear weapons and passionately opposed their proliferation throughout the 1950s by collaborating with Bertrand Russell, Dr. Kaul said.

However, In India, VK Krishna Menon’s role in the United Nations will always be remembered for his leadership in the resolution of dispute on Kashmir. He made that marathon speech at the UN, tearing into the Pakistan propaganda on Kashmir. On 23 and 24 January 1957, Menon, equally known for his intelligence and arrogance, turned the tables on Pakistan in his 7.48-hour speech in the international body which remains an unbroken record. The long speech blunted Pakistan’s case and won Soviet Union’s support.

The western nations were in favour of Pakistan’s argument at that time. However, after that speech all hopes of Pakistan to receive international support for their argument were completely squashed. At the meeting, Soviet Union vetoed the UN resolution on Kashmir. The 160 pages marathon speech was given over two days during which he collapsed midway and had to be hospitalised. The speech remains an unbroken record. This speech had the highest significance for the people of Jammu and Kashmir. I recall the speech was broadcast in full by All India Radio. My parents and all their relatives and friends were glued to the radio. As a child I did not understand much of what he said but his thundering voice had a lasting impression which I have never forgotten.

Concluding the meeting V K Krishna Menon Institute Board member, Tony Slater stated: “We may not be able to mark Menon’s birthday in the usual way this year, but we should pause to remember his considerable impact. We look forward to a time when we can come together once again to reflect on Krishna Menon’s remarkable achievements on the domestic and international stage and their relevance to the modern world.”

The function was arranged via Zoom and it was hosted by Nehru centre London in association with the V.K Krishna Menon institute.