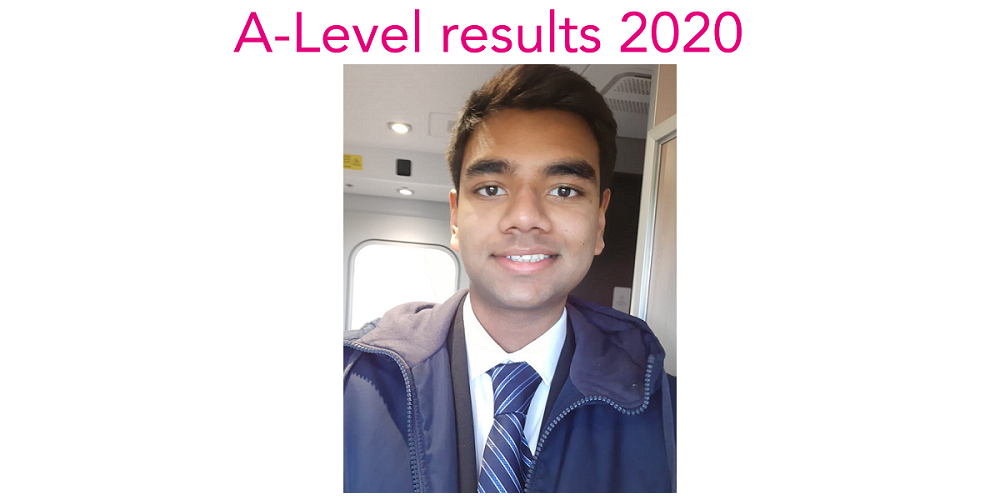 LONDON Aug 14: The England, Wales and Northern Ireland’s A-level and AS-level results, and A-level equivalent technical qualifications like BTECs and Cambridge Technicals were published on Thursday morning. The Advanced Level, universally referred to as an A-Level, is a qualification offered by education institutions in the UK.

Although the results were good news to many, there is anger among schools, colleges and students, after nearly 40% of A-level grades awarded on Thursday were lower than teachers’ predictions.

Three Malayalees from Liverpool has come out in flying colours.

Jacob Raju got an excellent A Level result. He received A* in English Language & Literature, As in Biology and Chemistry. This means he is now able to achieve his dream of joining for his favourite subject Medicine at Sheffield University. He had got offers from all the universities he had applied for.

An elated Jacobe said: “I was supported by my parents and family who prayed for me and helped me with my studies. My school (St Francis Xavier’s College, Liverpool) also gave me lots of good advice but above all by the grace of God.

Jacob is son of Lisamma Mlavil and Raju Thomas from Liverpool. His brother Sam Jacob is doing Forensic sciences at DeMontford University.

Feyon Jojo from Liverpool scored all As for Chemistry, Physics and Mathematics.

He will be joining to do Electrical and Electronic engineering in Birmingham.

Feyon is son of Jojo Mathew and Jeen Jojo.

Jithin Sajan from Liverpool scored 4A*s for Maths, Advanced Maths, Economics and Chemistry and A for EPQ. He will now be going to do Economics at London school of Economics.

Jithin, a student at Blue Coat in Liverpool, had consistently maintained outstanding academic results at GCSE Level too.

He is the son of Sajan Thomas and Susan Sajan from Liverpool.