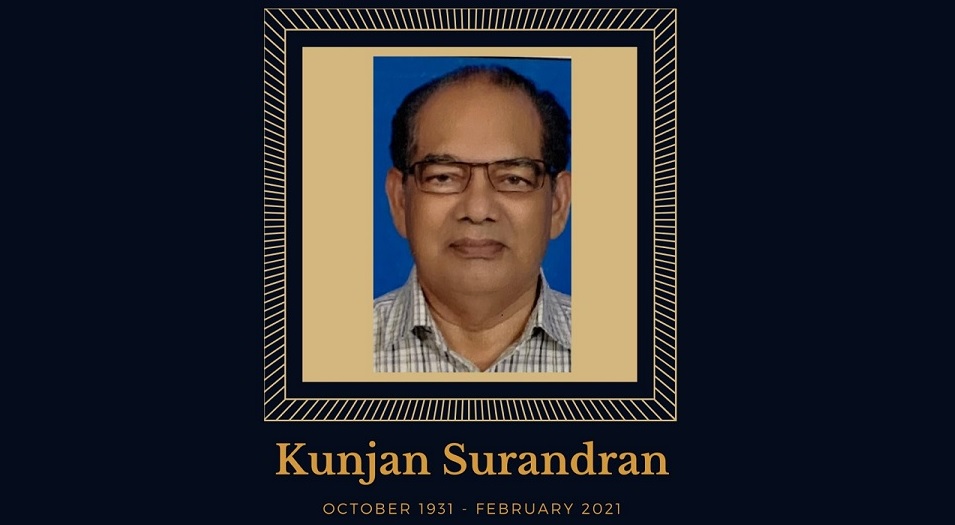 CROYDON Feb 19: Kunjan Surandran (89) of Sutherland Road Croydon CR0 3QL and father of Late Saju Surandran (Sunny), passed away on 19th February at his residence due to cardiac arrest.

Kunjan Surandran arrived in the UK in 1969 from Singapore and he is a native of SS Nivas Puthenchantha in Varkala of Thiruvananthapuram district. 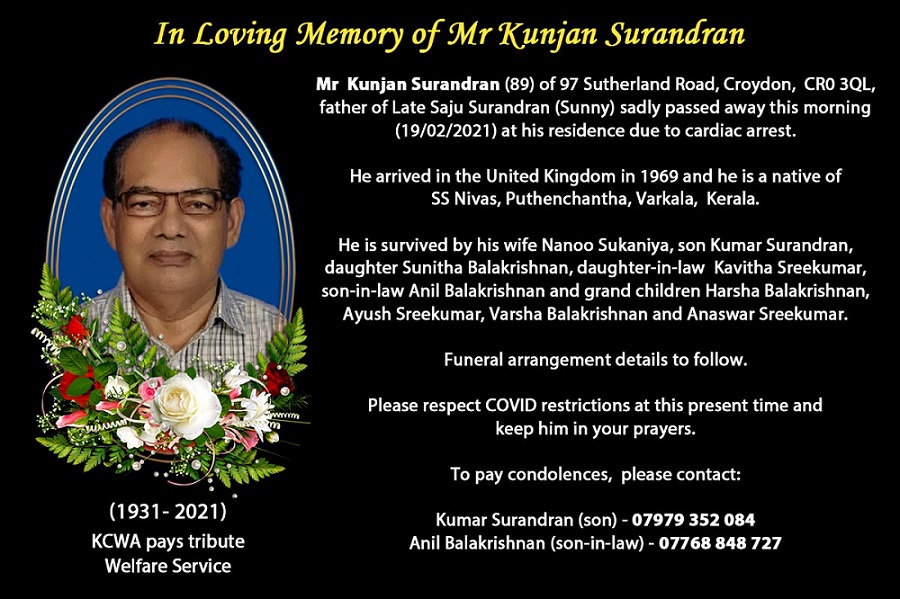