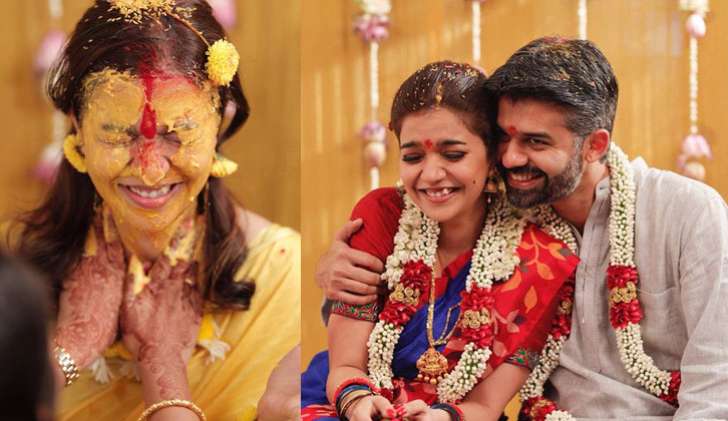 HYDERABAD Sept 4: Swathy Reddy got married to her long-time boyfriend Vikas in Hyderabad in the presence of family members and friends. He is a pilot who works for Malaysian Airlines.

He resides in Jakarta, Indonesia. The couple were dating for a long time and finally managed to convince their parents of their relationship. The nuptials happened on Friday and the pictures have gone viral.

She made her debut in Tamil cinema with Subramaniapuram in 2008. She has also won the Best Debutant Actress Filmfare Award for Astha Chamma.

Swathi has always kept her personal life away from the limelight. She told a daily that she wanted a simple function as she did not want her celebrity status to be a baggage in any way.

In her head, she was just another girl getting married. It seems she began sending invites around 15 days back that’s when the news got leaked.

She has described Vikas as a very ‘grounded person’. The good news is that she will continue to work post marriage.