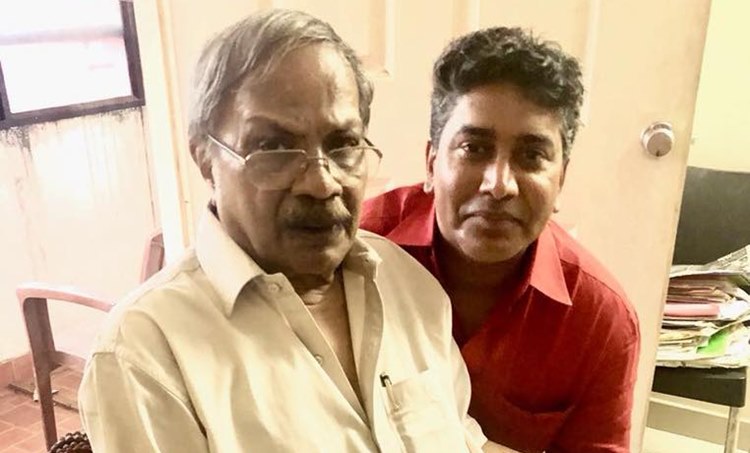 KOCHI Oct 12: V A Shrikumar Menon, ad film maker-turned-feature film director has apologized to M T Vasudevan Nair in the issue. “The issue was following a misunderstanding due to a serious lapse from my part and I will apologize to M T sir directly”, said Shrikumar Menon in a Facebook post.

M T Vasudevan Nair had approached the Kozhikode munsif court demanding that his script should be returned now that the contract has expired.

“I had met M T sir regularly and I had informed him about the progress of the movie. However, I could not do that for the past few weeks as I was busy with the post-production works of Odiyan. M T sir might have become concerned following this”, he said.

Randamoozham, the much-awaited film featuring Mohanlal is now facing crisis. M T Vasudevan Nair has filed a petition in the munsif court in Kozhikode demanding that his script should be returned following the delay in the project.

It was also mentioned in the contract that the money accepted for the script will be given back when the script is returned. The munsif court will consider the case on Thursday.

“I wrote the script after studies and research for several years. However, I am withdrawing myself from the project since I feel that the director and crew members are not showing sincerity towards the project.

I signed the contract with Shrikumar Menon four years ago and I had written the script both in English and Malayalam. It was mentioned in the contract that shooting will begin within three years.

However, the shooting did not start and no action was taken though I gave them an additional year”, alleged MT.