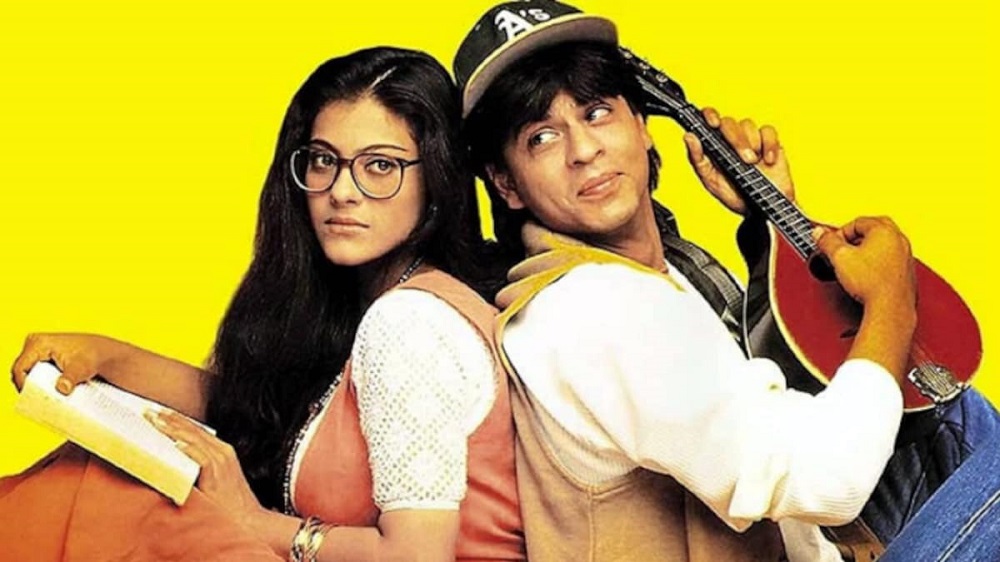 LONDON Nov 24: A bronze statue of Shah Rukh Khan and Kajol was planned to be unveiled in London’s Leicester Square in 2021 to celebrate the silver jubilee of one of Hindi cinema’s most iconic love stories, “Dilwale Dulhania Le Jayenge” (“DDLJ”).

According to Times of India, the plans are put on hold. The report says that although a planning application to erect the statue was submitted to Westminster City Council on 8th October it was withdrawn on 10th November.

More than 6,000 PIOs signed two petitions opposing the statue expressing anger with the Indian film industry over the circumstances of the death of Sushant Singh Rajput (SSR). Sushant Singh Rajput died by suicide at his home in Bandra, Mumbai in June 2020, aged 34. He starred in a number of commercially successful Bollywood films such as M.S. Dhoni: The Untold Story (2016), Kedarnath (2018) and Chhichhore (2019).

One petition, which garnered just under 2,000 signatures, said there is “insurmountable anger” against the film industry “for not speaking up for justice for the late SSR”.

HOwever, the Heart of London Business Alliance, who are behind getting the statues erected said they will pursue their efforts.

A second petition by India Voice (UK) has garnered more than 4,000 signatures. On 16 November its petition update said:“Bollywood is destroying our culture”, “Truth needs to surface about the connection behind SSR’s demise and Bollywood” and “What have these people done for the world.?”

“DDLJ”, starring Khan and Kajoj as lovers Raj and Simran, released on October 20, 1995. The film, which marked Aditya Chopra’s foray into direction, was produced by Yash Raj Films.

The Heart of London Business Alliance said that “DDLJ” statue will be a part of film attraction “Scenes in the Square” in the heart of the UK capital.

“Scenes in the Square” features highly recognisable classic and contemporary film characters, each immortalised in interactive and expressive bronze statues, with some brought to life in the evening through lighting.

Leicester Square acted as the setting for a scene in “DDLJ” when Raj (Shah Rukh) and Simran (Kajol) first cross paths, as strangers. The sequence features two of the square’s cinemas prominently, with Raj seen in front of the Vue cinema, and Simran walking past the Odeon Leicester Square.

According to a press release issued then by Yash Raj Films, the new statue will be positioned along the eastern terrace, outside the Odeon cinema.

Mark Williams, Director of Destination Marketing at Heart of London Business Alliance said they are excited to bring to the trail the first film that features Leicester Square as a location.

“It’s fantastic to be adding such titans of international cinema to our trail as Shah Rukh Khan and Kajol. This statue is a fitting tribute to the global popularity of Bollywood and the cultural bridges that cinema can help build, and we’re in no doubt it will attract fans from all around the world,” Williams said in a statement.