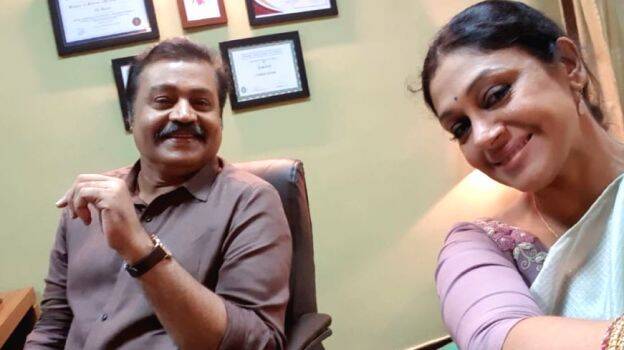 KOCHI Oct 7: Nakulan and Ganga were able to reunite on Durgashtami day, thanks to Anoop Sathyan’s debut venture.

The shoot of Anoop’s debut film, which stars Malayali viewers’ favourite onscreen couple, Suresh Gopi and Shobhana, has begun on Sunday. The selfie, showing the two actors at the movie set, was posted by Suresh Gopi and soon it went viral.

Fed up of comparisons with Parvathy, Anu Sithara is the hottest actress in Malayalam: Anarkali Marikar

Actress Anarkali Marikar, who made her acting debut with the Malayalam film ‘Aanandam’, is pretty…

It is even more interesting to know that the two actors, who played Nakulan and Ganga in the 1993 blockbuster film ‘Manichitrathazhu, indeed reunited on another Durgashtami day, October 6.