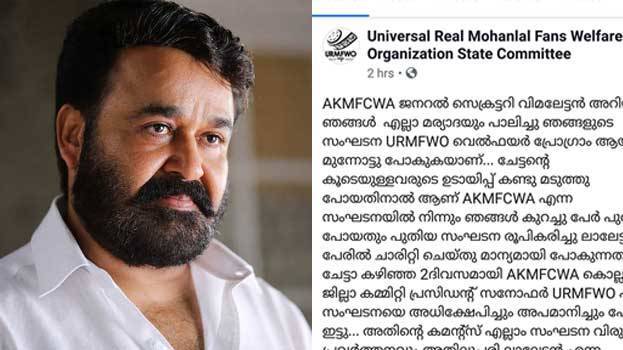 The members of the new organisation have informed that they left the organisation as they were fed up with the antics of certain members who are with General Secretary Vimal.

They took to their Facebook page to announce their decision.

Meanwhile, URMFWO members have alleged that AKMFCWA’s Kollam district committee president Sanoffer had humiliated the new organisation and his words were the ones that demeaned Mohanlal, as well.