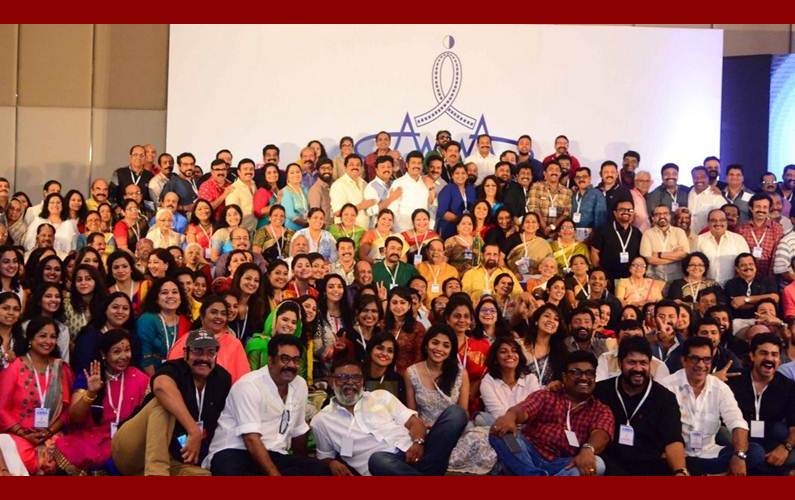 Kochi, July 30 : The Association of Malayalam Movie Artists (AMMA), led by super star Mohanlal, will meet here on August 7 to take up issues that have riled some of its members in the recent past, including a section of actresses.

AMMA has directed all its members not to issue any more public statements and instead raise their issues and grievances only within the association, an office-bearer said.

“All members want that whatever issues faced at present are settled quickly. As a first step, two rounds of meetings are planned for August 7,” he said on the condition of anonymity.

Actresses Revathy, Padmapriya and Parvathy will be called to discuss issues raised by them. Actor-Director Joy Mathew and Shammi Thilakan will also be called,” he said.

Mathew was critical of the manner in which AMMA was being run, while Shammi, son of late actor Thilakan, expressed displeasure over alleged mistreatment of his father by AMMA. An AMMA brochure contained a list of late actors, with no mention of Thilakan senior.

Trouble stared soon after Mohanlal took over as AMMA President last month, as he took back into the AMMA fold actor Dileep, an accused in the actress kidnap case.

Four leading actresses, including the victim, quit AMMA in protest whereas another 14 announced their decision to quit citing lack of fairness.

Revathy, Padmapriya and Parvathy had sought an emergency meeting to discuss the revocation of the suspension.

AMMA has 484 members, including 248 men. It gives monthly pensions of Rs 5,000 each to 143 members and a medical insurance cover to all its members.