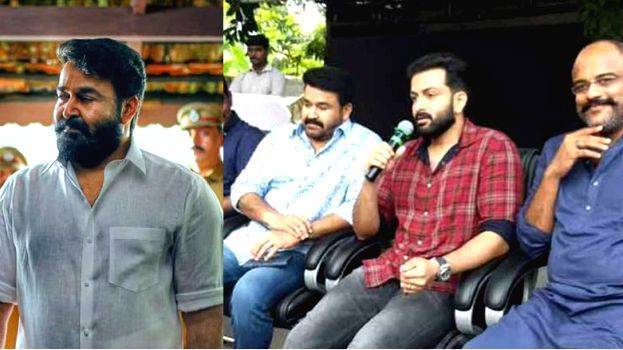 KOCHI June 20: Now it is official – there will be Part 2 for the megahit Mohanlal film Lucifer. This was announced at a press conference jointly conducted by Mohanlal, director Prithviraj, scenarist Murali Gopy and producer Antony Perumbavoor.

The attention-grabbing event took place on the premises of Mohanlal’s Kochi house. The title of the movie was also aannounced – Empuraan.

According to Prithviraj, the film will go on the floors during the second half of the next year. “The film will also have story that could be prequel to Lucifer part 1. The past life of Stefen Nedumbally will also be in focus,” he said.

Story writer Murali Gopy said, “As I had mentioned in the Lucifer, it was just the tip of the iceberg. Much more is there to be seen.”

Since the release of Lucifer, directed by Murali Gopy and produced by Aashirvad cinemas, there have been rumours that there would be sequel to the film.

Murali and Prithvi had also given hints about the second part on their Facebook pages.

It was recently that they again came up with another FB post instilling anxiety among Lucifer fans. With the L2 (Lucifer 22) hashtag, they had said that the announcement of Lucifer Part 2 will happen on Tuesday.