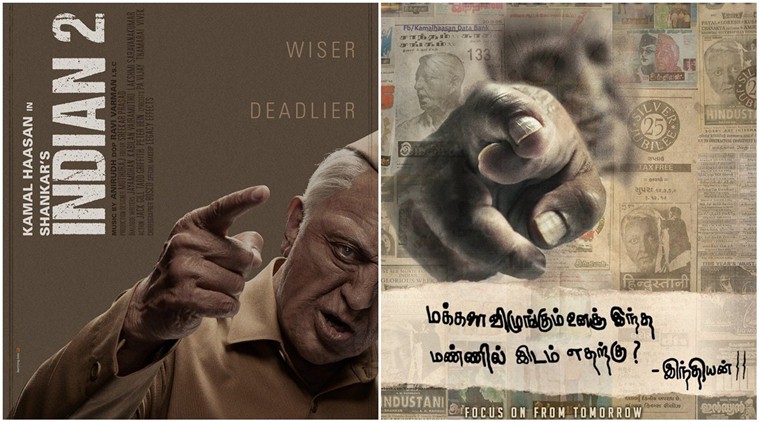 CHENNAI Jan 18: On the occasion of Pongal, Shankar had unveiled the first look poster of Indian 2 featuring Kamal Haasan in the lead. It was mentioned that the project will go on the floors from Friday. A sequel to the 1996 blockbuster Indian, the film has Kajal Aggarwal as the heroine.

The director released a new poster on Thursday evening that had the actor-politician sporting the look of the popular octogenarian character Senapathy, a vigilante in khaki.

Indian 2, bankrolled by Lyca Productions, marks the reunion of Shankar and Kamal Haasan after 22 years.

In one of the interviews, Shankar had revealed his inspiration behind ‘Indian’. He said, “I was forced to bribe a couple of officers to avail community certificate and income certificate during my college admission.

That was the spark behind this film. Every issue that affects the common man has been addressed in Indian 2.”

Shankar couldn’t stop gushing about Kamal Haasan’s commitment. “The kind of enthusiasm he showed even for a test shoot was amazing,” he added.

Indian 2 has music by Anirudh Ravichander and has writers Jayamohan, Kabilan Vairamuthu and Lakshmi Saravanakumar on board.