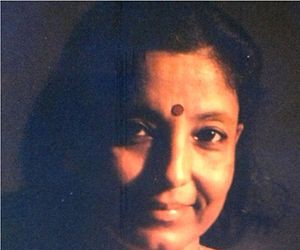 THIRUVANANTHAPURAM April 6: Anandavally (67), noted dubbing artist of Malayalam films who had worked for more than 3000 films, breathed her last on Friday. Also an actress, she died at a private hospital in the capital city at around 3.15 pm.

The body is being kept for public viewing in her house near Nemom Merryland studio and it will be cremated on her house premise on Saturday 3 pm.

The late director Deepan was her son. Daughter Lakshmi is in Chennai.

She has obtained State award for the best dubbing artiste ‘for Aadhaaram’.. Anandavally used to sing for dramas during her teenage days.

She has acted in many dramas. She had also worked as an announcer in the All India Radio.

Andavally was born in an agricultural family at Veliyam in Kollam to Veliyathi Manippuzha house resident Raman Pillai and Chempakakutti Amma. In school, she acted in plays and performed katha prasangam (storytelling).

Anandavally entered the film industry through the film Kadu and later acted in many films. She became interested in pursuing a career in the entertainment industry following a minor role in various Malayalam films, where she remained a regular until she decided to pursue a dubbing artist career.

Anandavally entered film industry through the film ‘Kadu’ and later went on to act in many films. In 1973, she debuted as a dubbing artist and gave voice for actress Rajasri in the film Devi Kanyakumari and also dubbed for Poornima Jayaram for the film ‘ Manjil Virinja Pookkal’.

She has also lent her voice for leading heroines in the film industry such as Geetha, Madhavi, Menaka, Ambika, Gauthami.

Her son, She last gave her voice to Sharadha in Mazhathullikilukkam and the death came when she was acting in Neelakkuyil.