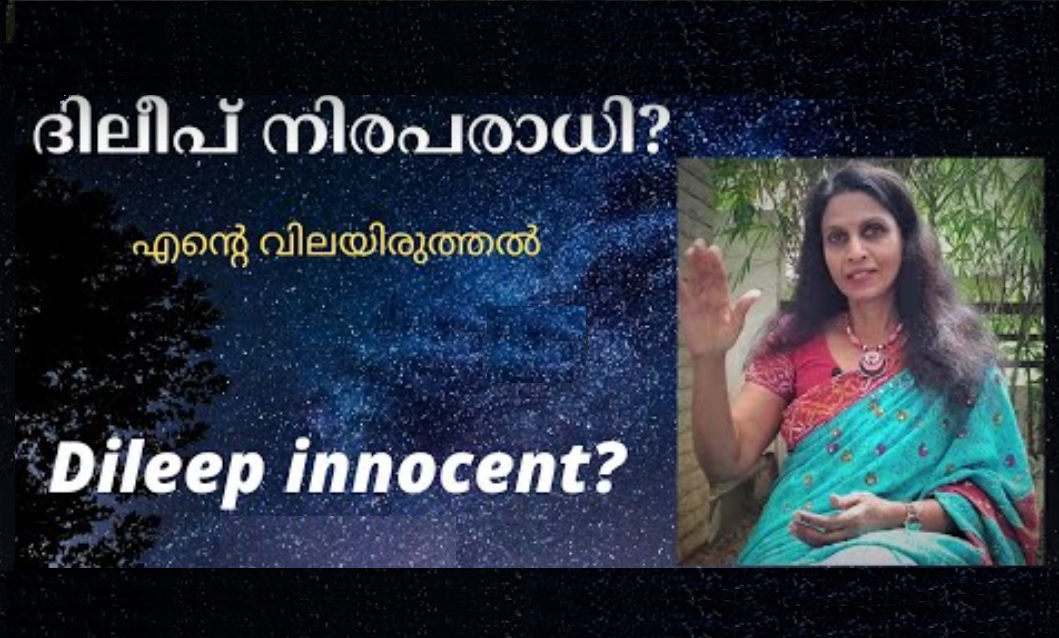 KOCHI July 10: Actor Dileep is innocent in actor assault case, former DGP R Sreelekha IPS has opined through a video she published on her Youtube channel.

The retired Director General of Police narrated the incidents she was aware of prior to leading to the police framing Dileep in the actor assault case in 2017.

She shared her views through a video in her YouTube channel, ‘Sasneham Sreelekha’ (Sreelekha, with love) on Sunday that was titled ‘Dileep innocent in Assault Case?’.

“I am 100 per cent sure that Dileep is not involved in this case. I don’t believe that knowingly or unknowingly he has any role in it,” Sreelekha said at the end of her 40-minute video.

Even as she expressed her faith in the police system that she was part of, Sreelekha said the investigators committed an error by dragging Dileep into the case and were unwilling to accept it.

“Even now I don’t want to believe that this is a fabricated case because I have faith in the police. But if they commit a mistake, I don’t know why can’t they admit it? If the police says ‘Ok, under the pressure we had to arrest him, but now there is no sufficient evidence’, the respect for police would only go up. Why is the police so adamant?

“I said this because the public should know that I think the man has suffered the maximum he can.”

Sreelekha has claimed that Dileep was dragged into the case because his enemies were more powerful.