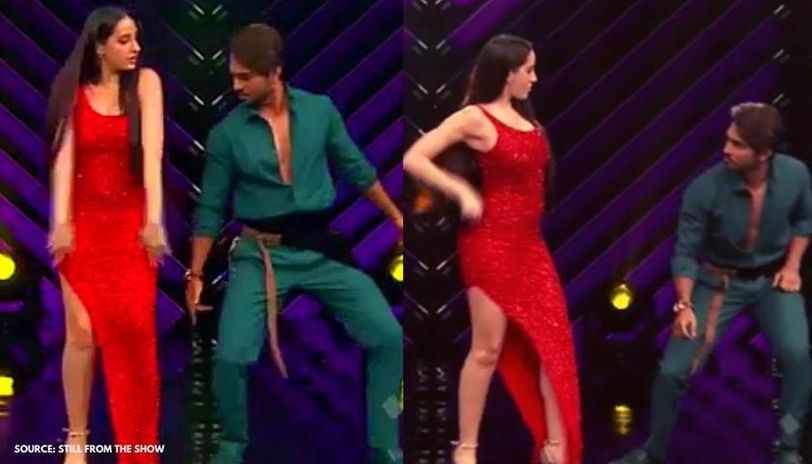 MUMBAI Sept 30: Actor and dancer Nora Fatehi has dismissed online outrage directed at her India’s Best Dancer co-judge Terence Lewis, who was at the receiving end of online backlash after a video that appeared to show him touching Nora inappropriately was widely shared.

He wrote a story in an Instagram post, about a Zen master and his disciples, who come across a damsel in distress. She needs help crossing a river, so the master picks her up in his arms and helps her across. One of his disciples is concerned. He asks the master later why he helped her, because they are forbidden to touch women. The master replies that he had already left her on the other side of the river, but the disciple appeared to still be carrying her in his mind. Terence shared this story with a picture of himself, carrying Nora in his arms.

“Sure” said the Zen Master and held her up in his arms. They crossed the river and he let her down gently as she went to her village after thanking the Master. The younger monk wasn’t taking this all easily. He looked little worried.

The monks came to their monastery after couple of hours of difficult walk in the hills, but the younger monk was still not settled. Sensing it the Guru asked him what the matter was. The young monk said “Master, we have sworn of not touching a woman, but you carried her in your arms, you tell us not to think of women but you touched her” complained the disciple.
The Zen Master smiled n replied “I carried her across the river and left her on the other side. Are You Still Carrying Her? ”

Nora took to the comments section to offer support. She wrote, implying that the video in question was morphed, “Thank you Terrence! In today’s time of social media video morphing and photoshop effects for meme purposes.. I’m glad you have not let it bother you and you have remained poised and dignified! This too shall pass you and Geeta ma’am have been so respectful with me and have made me feel so loved and accepted as a judge on the show, its been a great life learning experience! Stay blessed.”

Nora is serving as an interim judge on the dance reality show India’s Best Dancer. She is filling in for Malaika Arora, who was recently diagnosed with the coronavirus. Malaika has since recovered.