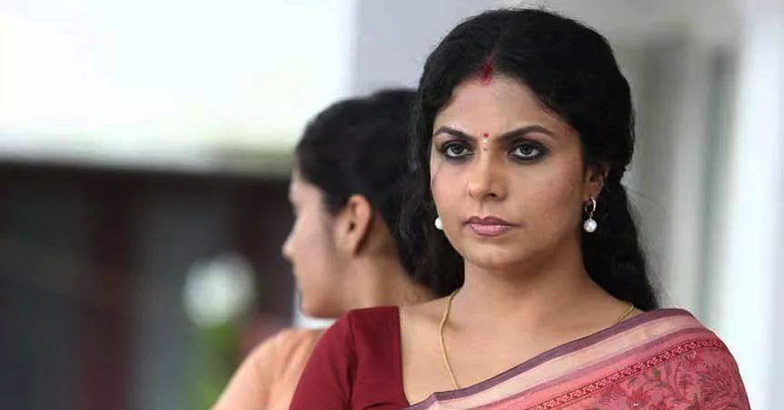 THIRUVANANTHAPURAM July 5: Danseuse and actress Asha Sharth has given explanation for the misleading ‘FB live streaming’ she did for the promotion of the film Evide.

She says she is sorry for the misunderstanding on account of the video if it has created unnecessary anxiety in the minds of people. “Those who saw the full video would have understood that it was a promotion video.

It was a recorded video, taken completely for the promotion. The clipping was shot so as to give the impression that the character Jessie herself came on FB live.

I had appeared in Jessie’s look and makeup. I didn’t mean to mislead anyone. The confusion created was just 10 minutes’ one. Once I noted this, I mentioned above the post that it is a promotion post.

I’m not a native of Kattapana, and my husband is not an instrumentalist. If there was such a problem, I would have told the police first,” she explained.

Soon after the post became viral, some started false campaigns using Asha’s husband’s photo. “But, I’m not worried about that. It is like, a person can do anything if he has a mobile phone in his hand.

I don’t want to keep track of all that; I’m also not active in social media,” she says, adding that the FB shoot was a collective decision of the film director and crew.

Meanwhile, an advocate has already given a complaint against Asha for spreading spook videos and dragging into it a police station, as well.

It is Supreme Court lawyer Sreejith Perumana who has filed the complaint with Idukki district police chief. He has mentioned this on his Facebook page also.

Incidentally, Sreejith had contested in Wayanad Lok Sabha constituency as an independent candidate against Congress and lost the election.