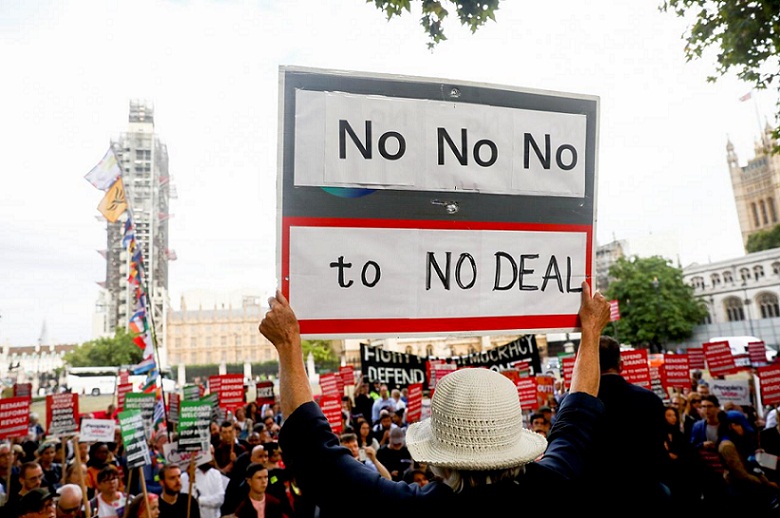 London Sept 4: Britain could lose at least $16 billion annually on exports to the European Union if it leaves without a deal and possibly billions more on trade beyond the bloc, UN economists said Tuesday.
In a fresh report, the UN Conference on Trade and Development (UNCTAD) found that “a loss of preferences in the EU market consequent to a no-deal Brexit will result in UK export losses of at least $16 billion” (14.6 billion euros), representing seven percent of its overall exports to the bloc.

The economists said “this is a conservative estimate,” since it only takes into account the raising of tariffs from the current zero percent that Britain pays on exports within the EU.

“In reality, the losses would be much greater because of non-tariff measures, border controls and disruption of existing UK-EU production networks,” they warned.

The UNCTAD economists said Britain’s total merchandise exports last year stood at around $450 billion, and that its exports to other EU countries accounted for about half of that amount.

The report was released as British Prime Minister Boris Johnson lost his working majority in parliament ahead of a showdown with rebel MPs over fears he is steering the country towards a no-deal Brexit next month, which could lead to a snap election within weeks.

“The nearing Brexit deadline, along with increased uncertainty on outcomes, is problematic for UK exporters,” UNCTAD said in a statement, urging London to quickly seek policy solutions to provide at least short-term relief to the “Brexit crunch”.

The economists said that most of the British losses in the EU market would be concentrated in motor vehicles, which would take a $5-billion hit; meat and other animal products as well as the apparel and textile sector, which are both set to suffer losses of around $2 billion.

At the same time, the report cautioned that British exporters also stand to take a significant hit on trade beyond the EU.

Through its EU membership, Britain today is part of around 40 trade agreements offering members of the bloc preferential market access in about 70 countries.

“In the event of a no-deal Brexit, and in the absence of replacement agreements (rollover deals), the UK would abruptly lose preferential access to these markets and, by default, would have to export under World Trade Organization Most Favoured Nation (MFN) tariffs,” the report said.

Most of Britain’s exports beyond the EU go to countries that do not currently give preferential treatment to the bloc, including China and the United States.

But about 20 percent of the country’s non-EU exports are at risk of facing higher tariffs from countries such as Turkey, South Africa, Canada and Mexico, UNCTAD said, estimating that this could cost the British economy nearly $2 billion in exports.