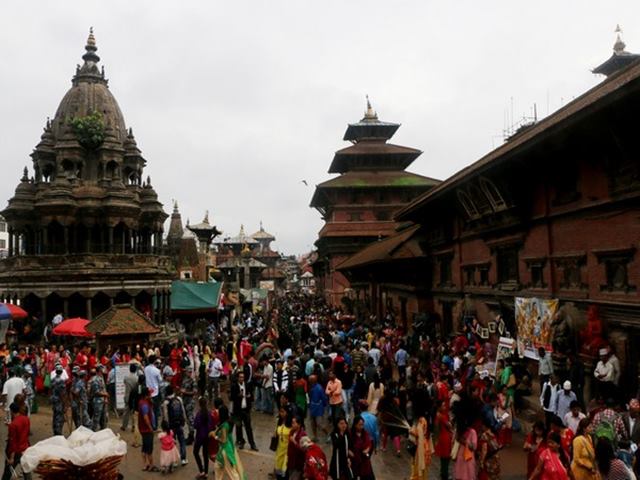 KATHMANDU Sept 3: Nepal’s famous Krishna temple built in Indian Sikhara style was reopened for the public today for the first time after 3 years, after a deadly 2015 earthquake left much of the country’s cultural heritage in ruins.

The 7.8-magnitude earthquake that hit on April 25 killed more than 8,700 people and levelled homes and monuments in the valley, home to the three former kingdoms of Patan, Kathmandu and Bhaktapur.

Thousands of devotees thronged to the 17th century temple of Lord Krishna situated in Lalitpur Municipality of Kathmandu since today morning. The artistic temple built by Siddhi Narsingh Malla of Lalitpur was partially damaged during the earthquake.

As the renovation of the stone temple has been recently completed, it is decorated with colourful flags, banners and lights. The temple has three stories and 21 pinnacles.

The delicate stone carvings along the beam on the 1st floor recount events from the Hindu epic Mahabharata, while the second floor beam features scenes from the Ramayana.

The entire Kathmandu Valley is listed as a UNESCO World Heritage site for seven separate groups of monuments, including the three Durbar Squares, the Buddhist stupas of Swayambhu and Bouddhanath and the Hindu temples of Pashupati and Changu Narayan.

The country which relies heavily on tourism has reopened many of its popular sites, hoping for a return to normalcy after the disaster.