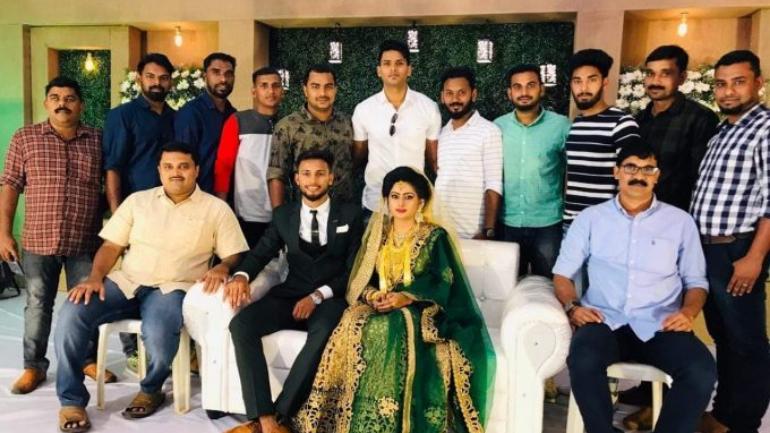 MANJERI Jan 28: A football player from Kerala might have pushed his own obsession with the sport to a whole new level. He asked his soon-to-be wife to wait for five minutes in order to go and join his team on the field in an ongoing match that clashed with his wedding ceremony.

Ridvan, a defender who plays for FIFA Menjeri, a team in Malappuram 7s league, is the crazy football fan who has left even Rajyavardhan Rathore, Minister of State for Youth Affairs and Sports, stumped.

Rathore took to Twitter to share the story of Ridvan, who left his own wedding to attend a football match.

“Ridvan asked 5 minutes from his bride on his wedding day to play football! What passion! I want to meet him! #5MinuteAur #KheloIndia,” tweeted Rathore.

On his wedding day, Ridvan had to face an impossible choice: continuing with his wedding ceremony or joining his team during a crucial moment of the 7s game.

The 7s league is a popular football tournament in Kerala. Different from a traditional game of football, which has 11 players, this game has just 7 on each team. The rules of the game are slightly tweaked as well, but largely remain the same. 7s is very popular in Kerala, which explains Ridvan’s love for the game.

“Excuse me for five minutes,” Ridvan told his wife-to-be on his wedding day.

Fortunately, his team won the game, but the bride was apparently furious.

She was surprsied that her would-be husband picked a football match over their wedding. Understandably, isn’t it?

According to the website Talksports24x7, she said, “So if the game was at noon, would you cancel the marriage for the game?”

We hope that Ridwan had a good reply to that and had a smooth wedding after he got back. At least he got himself a meeting with Sports Minister Rajyavardhan Rathore!